You’ve heard them via internet radio and podcast for over five years! Now come see them live and in person and experience what it’s like to truly GEEK HARD!

This week Gavin and Jeff are joined by Todd Van Allen, host of the Comedy Above The Pub Podcast. The three men share their thoughts on comedy and politics in Canada, and wax poetic about upcoming blockbusters.

This week Gavin and Jeff are left alone to discuss the upcoming election and politics in Canada. We also review event fatigue, and the overall lack of memorable events happening in mainstream comics. 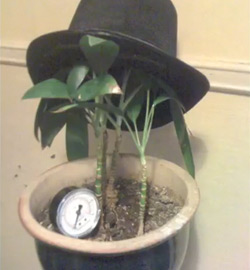 This week Gavin and Jeff are joined by Arda Ocal and Brent Furtney, co-hosts of The Score's Right After Wrestling, as well as the hilarious Deborah Etta Robinson.

Recorded live at Clandestiny on March 6th. This is a condensed version of the show: one song, and a few jokes from each comics set. Then we give you some choice cuts of one of the funniest shows we have ever done.