While In Bruges was tightly wound and focused, Martin McDonagh’s sophomore effort, Seven Psychopaths is more of a spiralling series of darkly comic episodes that only gets thoughtful in the climax and even then it's never really meant to be taken seriously. It’s his crack at creating a violent cult comedy and thankfully he’s got the skills (and the cast) to pull off that trick. 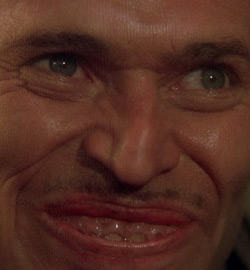