In the Shadow of the Moon director, Jim Mickle, and lead actor, Boyd Holbrook, sit down with That Shelf to discuss their new Netflix movie.
We Are What We Are Recently widowed father Frank Parker (Bill Sage) and his two teenage daughters try to keep their time-honored family tradition a secret from their increasingly suspicious small town neighbours in the wake of a torrential downpour. But as the evidence starts building, daughters Iris (Ambyr Childers) and Rose (Julia Garner) are […] 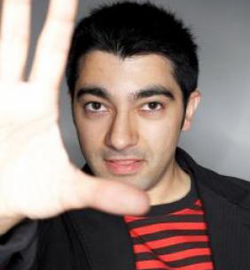 Dork Shelf talks to Toronto After Dark Film Festival Programming Director and Founder Adam Lopez about his genre festival's eighth year, the move from rep houses to Cineplex, why accessibility and the opinions of his fans mean so much to him, theme nights, and why they decided upon We Are What We Are for the opening night film.

A recent trend in horror and science fiction films is examining the world not in the midst of disaster, but once it has begun to adjust to the aftermath of a disaster. This can lead to some very interesting examinations of contemporary issues. Winner of the Cadillac People’s Choice Midnight Madness Award, Jim Mickle’s Stake Land is set in a future that includes vampires. But these are not sparkly vampires, nor ones that have souls. These are vampires are little more than animals, and like George A. Romero’s zombie film series, society must adapt to the new world order.