Looks at beloved/controversial TV writer Dan Harmon and the world of high end art forgery roll into The Bloor for a really fun week of documentaries.
Out of Mind, Out of Sight Canadian Spectrum There’s a lot to like about Canadian documentary Out of Mind, Out of Sight: a film about the inmates and staff of Brockville Mental Health Centre, a forensic-mental hospital in Ontario. Primarily orbiting a single primary subject – schizophrenic patient Michael Stewart – the film paints a […]
The Measure of All Things The rarest ticket of the festival is this one night/one show only of Academy Award nominated filmmaker Sam Green’s live directed, conducted, narrated, and mixed documentary inspired by The Guinness Book of Records. With a soundtrack from The Quavers, the film blends traditional storytelling with performance for what’s sure to […] 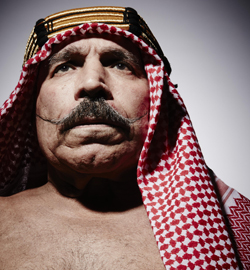 All 197 films for this year's 21st annual Hot Docs Canadian International Film Festival were announced today, including opening night film The Internet's Own Boy: The Story of Aaron Swartz

Dork Shelf talks to filmmaker John Kastner about his latest effort, NCR: Not Criminally Responsible (debuting on CBC Doc Zone this Thursday), and the hot button issue of people accused of violent crime, but who are unable to stand trial for mental health reasons.