Sillier and dumber, but oddly not worse than its predecessor, Silent Hill: Revelation, offers up more messed up visuals in service of a useless story as the search continues for an actually decent film based around the beloved Konami video gane franchise. 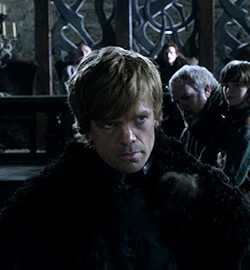 On Monday, we were treated to the first two episodes of HBO's highly anticipated, big-budget fantasy serial Game of Thrones, based on R.R. Martin's fantasy series of the same name. Though we left the screening rather impressed, we wonder whether the series will have the cross-over appeal required to sustain itself at its current budget.