It might not be too debatable that Dredd 3D works as a more faithful introduction to the cult comic lawman from the future than the character’s Sylvester Stallone vehicle from 1995, but it’s not better by much.

We talk to Dredd writer Alex Garland about his life long love affair with Britain's favourite futuristic judge, jury, and executioner and his trial and error process of finding the perfect story to tell.

Enter for a chance to win a pair of passes to see an advance screening of the TIFF opening Midnight Madness film Dredd 3D when it debuts in Ottawa, Winnipeg, or Halifax on Thursday, September 20th from Dork Shelf and Alliance Films!

HBO’s Game of Thrones is back, and it’s at its sprawling, brutal best in the premiere episode of the second season. In “The North Remembers,” the narrative jumps regularly across continents to re-introduce the audience to the characters, and the rapidly changing world they inhabit. That the episode reconciles all this, and accomplishes these tasks in a satisfying dramatic package is a pretty remarkable feat of storytelling. 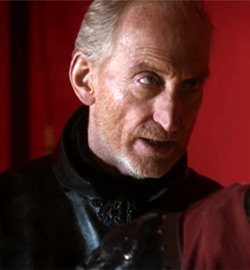