J Lo's return to the big screen is more tearjerker than romantic comedy – but who exactly is this movie made for?

Gilmore Girls: A Year In The Life has been unleashed upon the starving masses. Here's what a newcomer to the series makes of it!

After 22 episodes of middling highs and rock bottom lows, Gotham's “All Happy Families Are Alike” is an enema. Everyone who sucks is dead and Bruce found the Batcave.

Gotham slays The Ogre and introduces Lucius Fox as it prepares for a promising season finale.

In Gotham, murder is all about the optics.

"Beasts of Prey" uses superficial violence like a laugh-track.

Thanks to woefully diminished expectations and a willing desire to offend anyone and everyone in its path, the Adam Sandler comedy That's My Boy still offers more for Sandler fans than his last handful of movies. 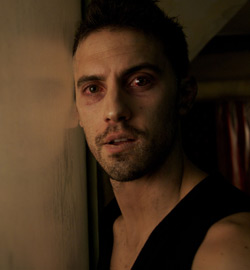