On this episode we review Back in the Day starring Morena Baccarin, Michael Rosenbaum, and Nick Swardson. We also take a look forward with our annual Summer Movie Preview. 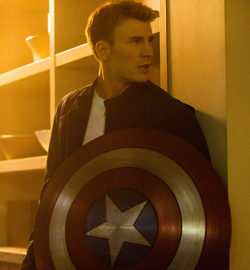 On this 200th episode we review Need for Speed starring Aaron Paul, Dominic Cooper and Michael Keaton with guests Dork Shelf Film Editor and Bizarre Comics' Kris Johnson. We also look back at the Toronto ComiCON.

We're thrilled to announce a partnership between ourselves and the fine folks at Geek Hard that will see the podcast version of their weekly show featured on the site! If you're going to geek out, GEEK HARD!

Despite the fact that it’s about a verbally abused woman who hooks up with a sex-addicted modelizer, it’s a romantic comedy. Go figure! To celebrate reaching our tenth episode, we at BGM have decided to branch outside the norm and review a movie that, while not particularly heavy in gay in content, is fully gay […]

This week Gavin and Jeff are joined by Todd Van Allen, host of the Comedy Above The Pub Podcast. The three men share their thoughts on comedy and politics in Canada, and wax poetic about upcoming blockbusters.

This week Gavin and Jeff are left alone to discuss the upcoming election and politics in Canada. We also review event fatigue, and the overall lack of memorable events happening in mainstream comics.