This week's archival home entertainment column looks back at Michael Cimino's infamous box office flop Heaven's Gate, the strangely forgotten about Steven Spielberg hit Catch Me If You Can, and the classic noir The Postman Always Rings Twice. 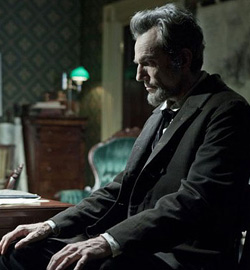 It’s safe to say that many filmgoers will always measure newcomer sci-fi epics by the standards of the classics that came before them. Close Encounters of the Third Kind, E.T. and the now thirty-to-forty year old peers that reserve warm fuzzy spots in hearts around the globe. So it was both interesting and completely logical that Steven Spielberg, creator of these titan classics, would use the talents of J. J. Abrams, undeniably a contemporary lord of genre, to, in essence, create a new film that makes tribute to his own triumphs.

Ladies and Gentlemen, the Toronto Underground Cinema is celebrating our one year anniversary on May 15th. We've survived our first year, it's taken a lot of blood sweat and beers, but we made it. So we're going to celebrate the only way we know how... by showing movies! Not just any movies, but two of our favourites, films that are near and dear to our hearts: Clue & Jurassic Park!

After releasing the theatrical trailer for J.J. Abrams' new film Super 8 on Twitter last Friday, Paramount finally released the high definition version to the rest of the web today. Details about the Steven Spielberg produced film remain scarce, but judging by this new trailer we'd say that Super 8 looks like some strange amalgam of Stand By Me, The Goonies and War of the Worlds.

The mysterious J.J. Abrams directed, Steven Spielberg produced monster movie Super 8 made an appearance during the Superbowl tonight. The film has been shrouded in mystery and this is our first real look at the film. See the Super 8 Superbowl TV spot below.
Whether you realize it or not, you’ve probably seen Drew Struzan’s work. He’s the man responsible for some of the most iconic movie posters in film history. When you think of movies like Back to the Future, The Thing, Star Wars, The Goonies, Big Trouble in Little China E.T. The Extraterrestrial or Harry Potter their […]
When I was 10 years old my mother introduced my brother and me to Ray Harryhausen.  We watched Jack the Giant Killer, The 7th Voyage of Sinbad, Jason and the Argonauts and other films featuring Harryhausen’s amazing stop-motion effects.  By this point in my life I was already well versed in the works of George […]
Mystery Man on Film has leaked a 125-page transcript of a 1978 brainstorming session for Raiders of the Lost Ark, with George Lucas, Steven Spielberg and Lawrence Kasdan.  Two of these men, Lucas and Spielberg, both fresh off of Star Wars and Close Encounters of the Third Kind respectively, are at their creative peak for […]