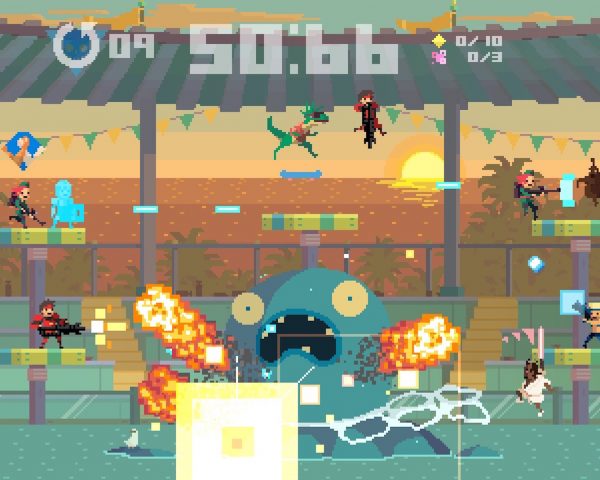 Eric sits down with TOJam co-founder Jim McGinley to discuss Chinese food and the evolution of game jams.

Now in its tenth year, the annual Toronto Game Jam endures because the event is as much about people as it is about the games.

Eric and Jon talk about Super Time Force and Dragon Age: Inquisition in the latest WhaleCast.

Console exclusives are a relic of the past that deserves to be abandoned.

At the [email protected] event at GDC 2014, Toronto's Capybara Games talks farts and poo in the forthcoming Super Time Force.

Enter for a chance to win one of three pairs of passes to Toronto's Gamercamp Arcade on Saturday, November 2 and Sunday, November 3 from 10 am - 7 pm, courtesy of Dork Shelf and our friends at Gamercamp!

Next year is shaping up to be massive for Toronto video games. Gamercamp turns the spotlight on the distinctive art styles of 2013’s big three: Guacamelee, Ubisoft Toronto’s Splinter Cell: Blacklist, and Capy’s Super TIME Force.