Due to the coronavirus pandemic, Toronto After Dark Film Festival has postponed its 15th Edition by one year, to October 14-22, 2021.

The less said about The Assent the better. While the film follows the standard exorcism execution, there’s enough here to offer a fresh look at the genre with some jump scares along the way.

Making Monsters, from co-directors Justin Harding and Rob Brunner, starts like so many slasher flicks that came before it – an unsuspecting couple venture to an isolated country home where a vicious killer stalks them – but that's where the movie swerves.

After making a deal with the devil, a man tries to make amends in 8, a South African horror movie steeped in folklore.

There's plenty to see at Toronto After Dark this year, so we've made a list featuring the festival's 5 must-see films. 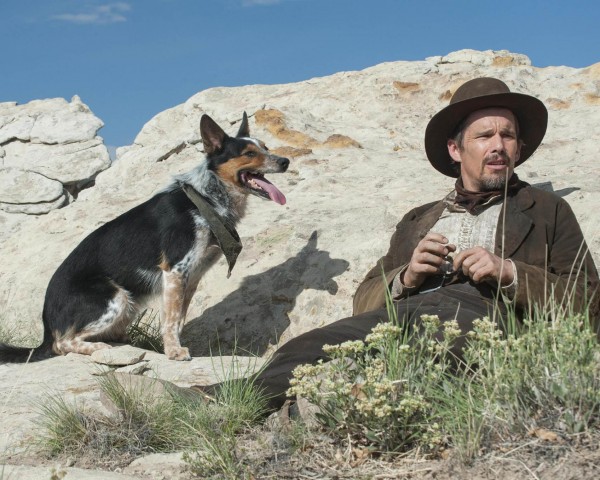 In a Valley of Violence wastes an opportunity to put its own twist on the western genre, opting instead for a straightforward revenge story.

Takashi Miike’s latest Japanese horror film mixes up a little of Saw, a pinch of The Hunger Games, a taste of Battle Royale, and a hell lot of insanity.

Polish horror musical The Lure, directed by Agnieszka Smoczynska is all skin and glitter, with no substance, much like its protagonists.

In War on Everyone, Michael Peña and Alexander Skarsgård play the "Bad Cop/ Bad Cop" routine to occasionally hilarious effect.

Snakes on a plane probably sounds like a vacation to the characters who must suffer through zombies on a train in Train to Busan.

Under the Shadow is a spectacular and genuinely frightening debut feature from writer/director Babak Anvari.

On this episode we review The Martian. We also talk with Donna Davies director of Fanarchy documentary and with programmer Christian Burgess from the Toronto After Dark Film Festival.

We talk to E.L. Katz, director of the black comedy Cheap Thrills about why he made this is first film as a director, how he second guesses himself more as a writer, why the opening of the film is almost purposefully slow, the art of escalation, how his two leads essentially became method actors, why the set was physically uncomfortable to be on, and what it’s like trying to create “a human cockfight.”