We talk to actor and writer Maxwell McCabe-Lokos and notable Canadian director Bruce McDonald about their collaboration on the dark comedy The Husband (opening at the TIFF Bell Lightbox this Friday) and about the film’s sense of brevity, their collaboration, what shooting the film digitally brought to the production, avoiding melodrama, trying to find the right tone for the film, and why the film’s most pivotal scene is also the most universally relatable one.

Dork Shelf talks to Kill Your Darlings director John Krokidas about humbling your idols, the Beat Generation, youthful ambitions, working with Daniel Radcliffe, and wondering aloud about Glen Danzig’s past

Famed First Nations filmmaker Alanis Obomsawin takes a look at one Northern Ontario community's decade long fight for a new school in the documentary Hi-Ho Mistahey!, a suitably rabble-rousing and eye opening look at how the Canadian government has turned a blind eye to a community in need of something that should be seen as a basic human right.

A definite high point in the still rising career Matthew McConaughey, and a very good, but lesser film in the career of Canadian director Jean-MarcVallee, Dallas Buyers Club runs a bit overlong, but it delivers a firm emotional punch at the hands of an unrepentant and initially reprehensible protagonist.

Recently restored and cut by 20 minutes at late director Chris Marker's request, the 1963 documentary Le Joli Mai helps to solidify Marker's standing as one of the greatest cinematic artists and philosophers to ever pick up a camera.

One of the best anthologies in years, Jia Zhang-ke’s A Touch of Sin offers a thrilling, multilayered, and delightfully bitter look at a Chinese economy told from a viewpoint sick of rampant arrogance and greed and openly asks about what an acceptable response to such indifference towards the working class would be. 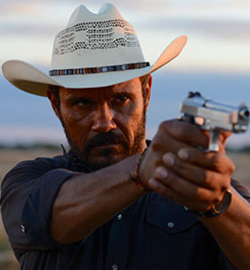