At the [email protected] event at GDC 2014, Toronto's Capybara Games talks farts and poo in the forthcoming Super Time Force.

Master Chief is back, now under the banner of Halo-centric studio 343 Industries at the start of a whole new “Reclaimer” trilogy. In its return, Halo 4 may have just accomplished its duty, but does that mean it can win the war for a massive demographic's trigger fingers after being MIA for some key years?

Just Dance 4 is truly the karaoke of dance games, full of guilty pleasures new and old and on-screen lyrics to boot.

Jet Set Radio, an extreme in-line graffiti action game, is one of the most memorable games of Sega’s final stride on their own turf. And, oh look, now it’s in HD. 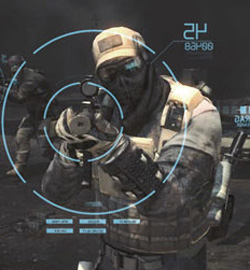 In many ways, GoT:TG has more in common with George Martin’s Song of Ice and Fire books than the HBO drama. Still, the developers managed to work in the likenesses of some of the characters from the show offering a little continuity between the game and the HBO series.

Given the success of HBO's Game of Thrones series, it's probably no surprise that a videogame is also in the works. What might surprise you, however, is that Game of Thrones: The Game has been in development for more than seven years.