On our first-ever special midweek episode, we go back a bit (8 or 16 bit to be precise) to reminisce about the video game music of our youths!

In this episode, Gabby speaks with Klaus Lyngeled of Zoink Games about their upcoming games Fe and Flipping Death.

James and Yaw take you on a trip to Hyrule and adapt the legendary Nintendo property The Legend of Zelda.

After years of waiting, a female Link will finally a playable character in an official Zelda game.

The new multiplayer Zelda game recognizes that it's dangerous to go alone. 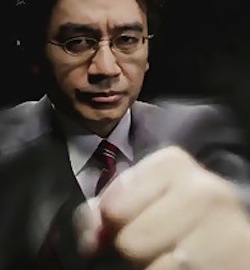 Can you enjoy A Link Between Worlds if you haven’t played A Link to the Past? The answer is a definitive yes – although the chatter surrounding the dozens of Easter eggs and call-backs you've doubtlessly missed may rankle you.

Dork Shelf chats with Jason Michael Paul, executive producer of The Legend of Zelda: Symphony of the Goddesses, which makes its return engagement at Toronto's Sony Centre this Saturday.

Big studios, heated discussions and an even tinier version of the little console that could - all this and more in this week's News Shelf.