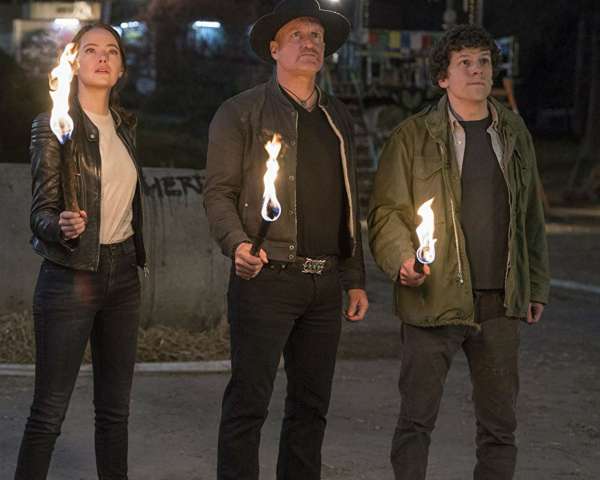 30 Minutes or Less is a strange sort of film, but the elements are all there to make for a decent bit of entertainment. It is an affably ridiculous action comedy that takes an extremely convoluted plot and boils it down to a film that clocks in at just a shade over 80 minutes. The film continues in the same self-referential vein of most hybrid comedies of the past few years, with nods to everything from Die Hard and The Great Santini, to Friday the 13th Part 3. It all adds up to a film that is fun while it lasts, but ultimately ends up going nowhere special.
All over the world there are screenwriters toiling away at their keyboards, each desperately racing to finish the next big Michael Cera comedy vehicle.  The writers of Zombieland were definitely the former, but sadly Cera was not available.  Luckily for everyone, Jesse Eisenberg (the thinking man’s Michael Cera?) was available and Zombieland is much better […]