I’m finally starting to understand the enthusiasm for Virtual Reality. The inaugural VRTO conference descended on the Mattamy Athletic Centre in Toronto over the weekend, offering guests a slew of panels and exhibits dedicated to various forms of virtual and augmented reality. If nothing else, I’m now seeing products that I would wholeheartedly recommend to friends and family members, which is one of the litmus tests I use to evaluate runaway hype. VR is going to deliver on a lot of the promises, and it’s going to do so sooner rather than later.

At the same time, VRTO also highlighted one of the biggest obstacles facing VR in the next few years. Unlike consumer-oriented showcases, VRTO was geared towards industry, with panelists and speakers delivering level-headed analysis of the technological and social challenges that lie ahead. Thanks to that more measured approach, I have a better understanding of the current state of VR – both its benefits and its flaws – which in turn gives me confidence that VR is more than smoke and mirrors. There are a lot of smart people asking smart questions and providing answers that address almost all of my concerns.

The problem is that those answers seldom reach the people that need to hear them. VRTO felt like a peek behind the curtain in the sense that I’m (sort of) an outsider. There was a lot of developer jargon that went over my head, and as much as I’m convinced that VR is going to change the way people interact with the world, I’m also convinced that those at the forefront of VR often forget that regular consumers aren’t nearly as familiar with the material. There’s an assumed level of shared knowledge that just doesn’t exist outside a relatively closed ecosystem, which is why it’s taken me almost a year to acquire that familiarity.

With that in mind, here are the four coolest things I saw at VRTO, with a layman’s eye towards ideas that are both accessible and user friendly. These are the technologies that could have a tangible impact on your life, and they’re worth paying attention to regardless of your level of interest in VR.

Developed by the Toronto-based Globacore, Escape Tomb is a VR version of an Escape the Room game. You put on a headset (in this case, an HTC Vive) and find yourself locked inside an ancient burial chamber with an odd assortment of artifacts that you need to use to find the exit.

Escape Tomb demonstrates the potential for room-scale virtual reality, giving players the ability to explore a virtual space with the same dimensions as the real world. It transports you to a digital environment without taking away the spatial awareness needed to navigate that environment, which means you’ll never need to worry about running into walls (or other players) while wearing the headset. It would be difficult to set up at home, but if arcades are ever going to make a comeback, these are the kinds of custom experiences they’ll be providing.

Of course, the cord on the HTC Vive headset remains a nuisance, and like much of the hardware on display at VRTO, room-scale VR is still a few years away from mainstream adoption. However, untethered (read: cordless) experiences are much closer than you might think. The original version of Escape Tomb combined a cordless Samsung Gear headset with real, physical objects that players would have to pick up and position in a custom-built room, while the Vive version asks players to use controllers to pick up and manipulate digital stand-ins. In both cases, the effect is incredibly immersive.

During a separate talk, Globacore Co-Founder Ben Unsworth also highlighted some of the other companies exploring the space, including Void VR and Zero Latency, the latter of which is developing battery-powered cordless headsets and massive warehouse spaces that allow for even more freedom of movement. You’ll soon be able to run around fully-realized post-apocalyptic landscapes shooting zombies without having to worry about tripping over a cord, and if the trailer is anything to go by, it’s going to be just as cool as you’d imagine.

EYE-Live Media is attempting to revolutionize the way we watch sports with its Athletes Broadcast Network, a platform that will broadcast live sporting events directly to VR headsets. At the moment the company is focused on downhill skiing, producing helmets and other wearable tech with built-in 360-degree cameras that capture Olympic-level ski runs from the perspective of the skier. At VRTO, EYE-Live was demoing a video of the Hahnenkamm Race in Kitzbuehel, one of the most dangerous downhill races in the world.

Downhill skiing is much more exciting when viewed on a VR headset, to the point that it almost feels like watching an entirely different sport. With Hahnenkamm, you simply don’t realize how steep the run is until you’ve seen it from the skier’s point of view, and the 360-degree video gives you a greater appreciation of the skill needed to navigate a mountain at high velocity. You’re never in any danger – you don’t even have to move – but you still get an adrenaline rush normally reserved for the most daring downhill athletes.

The concept could easily be ported to other sports once it’s ready. It will be particularly appealing for fans of racing and extreme sports that have high barriers to entry and therefore don’t translate quite as well to conventional TV. More importantly, you won’t need to acquire any exclusive tech in order to gain access to the broadcasts. I watched the Hahnenkamm run on a Samsung Gear headset, and EYE-Live is planning to stream the Athletes Broadcast Network directly to people’s phones.

That last part is crucial. EYE-Live Co-Founder David Baker said that 360-degree live broadcasts will require a full 5G network, but there’s already a well-established market for premium sports experiences and many consumers regularly update their phones to keep up with the latest technology. As long as those two things remain true – and there’s no reason to think they won’t – EYE-Live’s network should fit naturally into the average sports fan’s diet. 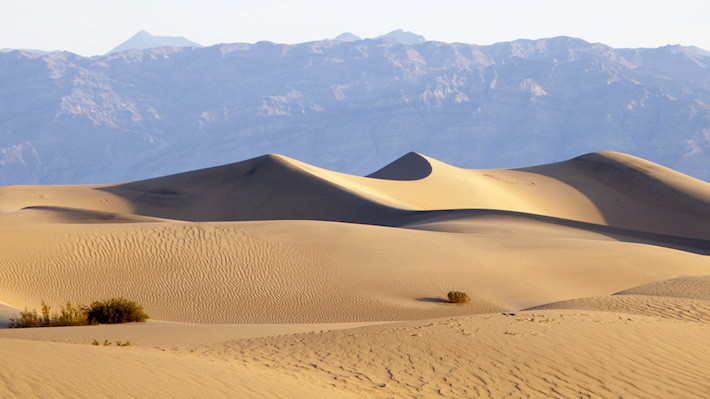 Realtra is a company that specializes in Volumetric Virtual Reality, which essentially means that it creates hyper realistic settings for use in video games, film, and other VR productions. At VRTO I sampled a series of demos, including a wasteland, a towering cliff, and a prototype for a music video that placed me in the middle of a dance floor at a rave.

There has always been a push for more realistic effects in entertainment and Realtra is at the forefront of that movement for Virtual Reality. With help from an HTC Vive, Realtra managed to convince me that I was standing in an entirely different place, with landscapes that are so believable that I jumped to avoid a car that was never there. Later, my mind refused to step off the edge of a cliff even though I knew full well that I was standing on the floor at a trade show.

The generic music video might be even more impressive because it suggests that VR will be able to recreate more dynamic social settings. I felt like I was surrounded by other dancers and my inhibitions dropped accordingly. Only the HTC Vive cable and the fear of embarrassment prevented me from joining the party. I probably wouldn’t have the same reservations in the privacy of my own home, and I can see why that kind of simulated community would be appealing when you want to dance but don’t want to deal with nightclubs or other people.

Realtra insists that hyper realistic visuals are the future of Virtual Reality. I’m not quite as bullish about those prospects. As with video games, better graphics don’t necessarily make a better experience, especially when a developer makes the conscious decision to pursue a more animated style. However, some creators will want to explore more realistic opportunities, and their projects will be better thanks to tools like Volumetric VR. It’s basically like stepping into a holodeck, and it will be the backdrop for a lot of incredible games, films, and experiences.

Wild Things is a popular wildlife show hosted by Dominic Monaghan (Lost, The Lord of the Rings), while The VR Experience is a VR offshoot filmed with a 360-degree camera. In the short video, Monaghan journeys to Bali to help a snake wrangler capture a king cobra, the largest venomous snake in the world. Wild Things: The VR Experience is produced by Cream 360, the VR branch of the film and TV studio Cream Productions.

Wild Things: The VR Experience never strays too far from the standard documentary format, offering close-ups of dangerous animals in exotic locales with infographics laid over the top. The difference is that VR is able to communicate subtle social and geographical information that rightly gets left on the cutting room floor in a 2D film about snakes. Wild Things places you in Bali, allowing you to pick up on spatial cues that simply aren’t there on a flatscreen TV.

That context gives you a sense of what it might be like to cultivate a rice paddy when there could be a king cobra hidden at your feet. It also gives you a better sense of scale, as with the infographics that demonstrate the relative size of a 17-foot king cobra and make you realize that you’re standing right in the middle of its strike radius.

It’s not a revolutionary advancement, but like EYE-Live Media, Wild Things: The VR Experience takes an existing genre and uses VR to make it slightly more informative and immersive. The 360-degree content is compatible with pretty much any VR headset (including the Samsung Gear), which means that it will be readily accessible as technology continues to improve. That’s also why it’s likely to matter. VR won’t supplant the ordinary television format, but it’s a fun alternative that gets you closer to the action and there will be an appetite for that kind of digital tourism.