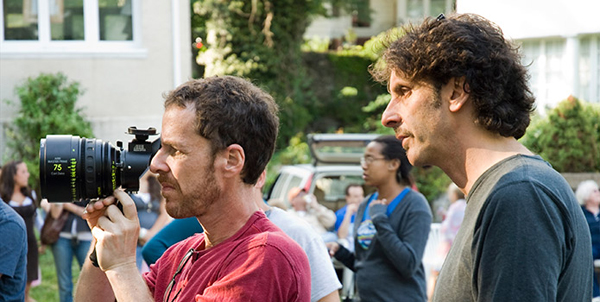 Like with any kind of curation, film programming is an act (and art) of selection. The decision to highlight certain films means that somewhere in the process others are inevitably excluded. Whether such omissions are a matter of accessibility (like in the case of destroyed prints), creative decisions (like choosing films to fit a particular theme) or biases (which are unavoidable), the end result should be examined, because, if nothing else, it can be a fascinating pursuit. In the case of the TIFF Lightbox’s Joel & Ethan Coen: Tall Tales, the brothers’ extensive filmography has been whittled into a “ten-film spotlight” that includes Blood Simple, Raising Arizona, Miller’s Crossing, Barton Fink, Fargo, The Big Lebowski, O Brother, Where Art Thou?, No Country For Old Men, A Serious Man and True Grit. The month-long retro culminates with the theatrical release of the brothers’ new film, Inside Llewyn Davis, opening at the Lightbox later this month.

Though it can be easily surmised that the films chosen for this retrospective all connect back to Inside, there’s no seemingly singular quality that links all the films together, but rather, multiple strands in the Coens’ variant, though cohesive oeuvre. The Coens’ latest offering is essentially a historicist story, but also a highly personal one. Llewyn Davis, a fictional folk singer in early 60s Greenwich Village, is loosely based on David Van Ronk, one of the authentic folk singers who participated in the city’s burgeoning music scene. Davis represents the struggling musicians who lived hand to mouth in the time when authenticity was championed by the rare few, a small community living in desolate and harsh conditions in which they tried to carve out their own musical niche, competing against more popular genres like jazz.

Inside has a refreshing lack of nostalgia which frequently plagues films about the same decade, and it’s no coincidence that the Coens likely picked a not-so-glamorous time and place in tune with their own traditional cynicism. Tragicomedies placed in densely complicated diegeses, which are frequently at least partially based on historical times is a signature for the Coens, apparent in works like Barton Fink, Miller’s Crossing and A Serious Man.

Perhaps the character Llewyn closest resembles from the rest of the Coens’ oeuvre is another eponymous protagonist, Barton Fink, who, like Davis, is equally bewildered, a playwright lost in Hollywood, an ostensibly thriving creative sphere that he nonetheless finds purely alienating. While Inside aims for a high degree of realism in its depiction of the 60s Greenwich Village, Barton Fink offers a surrealist nightmare version of 1940s Hollywood—many have suggested the second half is a dream sequence—though its socio-cultural references are astutely present. It contrasts the highbrow culture of Broadway and its tight-knit intelligentsia community with which Fink is comfortable to the sleazy and chaotic L.A. hellhole of Hollywood, a place where writers as allegedly talented as Fink are overworked and emotionally wrecked as their art is transmogrified into something commercial and ugly.

In their self-ascribed role as cinematic historians, the Coens have also demonstrated predilections for certain veteran genres, namely the noir and western, which they have re-crafted and infused into their own works, encouraging many critics to prefix such genre descriptors with “neo” when describing the noir qualities of Lebowski or the western aspects in No Country. Both of these films continues the Coens’ obsession with anti-heros—perhaps the most consistent element in their work and most evident in the films chosen for this retrospective.

In the Coens’ body of genre works, Lebowski and No Country offer the most interesting versions of the neo-noir and neo-western, respectively. But Lebowski doesn’t exactly aspire to be noirish, and No Country, though set in rural Texas, is too contemporary to contain cowboy heroes or outlaws. Its landscape offers a post-western diegesis and its villain, the evil Chigurgh, who operates with the same engrossment as the Energizer Bunny or the Terminator, is not someone a sheriff like Ed Tom Bell can tame whatsoever, nor can he actually be stopped. Like The Dude and his deficiencies as a detective in trying to solve an unsolvable case, Bell cannot even begin to comprehend contemporary crime in his old age, for “it’s hard to even take its measure.”

Another genre the Coens have modified for their own purposes is the screwball comedy, and though one can find surefire elements of it in Raising Arizona and O Brother, Where Art Thou?, interestingly, the Lightbox chose to forego showing more solid explorations of the genre: The Hudsucker Proxy and Intolerable Cruelty. This is perhaps due to their shared lack of universal commercial and critical reception, but equally likely is these films’ lack of thematic similarities with Inside compared to the Coens’ other works. However, one could argue that every tale that the Coens spin is, indeed, a tall one. Even without these overlooked classics, however, the variety of movies selected for Joel & Ethan Coen: Tall Tales demonstrates that the Coens’ filmography is so rich and consistent that it’s hard to go wrong watching just about any of their films.

Tall Tales runs through the middle of December. For a full list of films, show times, and tickets, please visit TIFF.NET.