You can’t have a legit discussion about the greatest TV series of all time without including The Sopranos.

David Chase’s iconic series was truly ahead of its time. The Sopranos won over critics with its heavily serialized plots, challenging themes, and nuanced writing. But most people fell in love with the show because of its colourful cast of seedy characters.

The Sopranos has been off the air for well over a decade, and it’s still a pop culture staple. So in this age of reboots and remakes, it’s strange that we haven’t seen some type of Sopranos spinoff. Well, the 14-year long Soprano’s hiatus ends this October when The Many Saints of Newark (a Tony Soprano origin story) arrives in theatres and on HBO Max.

The film’s director Alan Taylor doesn’t have the best track record for adapting source material into hit movies (Thor: The Dark World, Terminator Genisys). However, The Sopranos’ creator and showrunner David Chase is also onboard as a writer.

The Many Saints of Newark trailer:

The Many Saints of Newark synopsis:

Young Anthony Soprano is growing up in one of the most tumultuous eras in Newark’s history, becoming a man just as rival gangsters begin to rise up and challenge the all-powerful DiMeo crime family’s hold over the increasingly race-torn city. Caught up in the changing times is the uncle he idolizes, Dickie Moltisanti, who struggles to manage both his professional and personal responsibilities—and whose influence over his nephew will help make the impressionable teenager into the all-powerful mob boss we’ll later come to know: Tony Soprano.

The Many Saints of Newark arrives in theatres and streams exclusively on HBO Max October 1st, 2021. 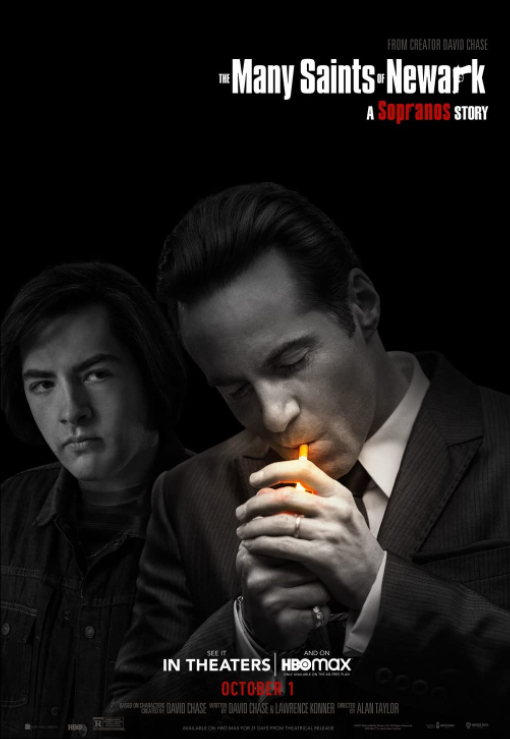