I think it’s time to give Ben Foster his due. If anyone can eventually replace Christopher Walken as Hollywood’s go-to character actor, capable of infusing films with doses of insta-strange madness, it has to be Foster. I could point to his scenery-chewing role as a gang-banger in the underrated and exploitative Alpha Dog (it’s pretty awesome). Even in his toned-down performance in 3:10 to Yuma, Foster invests every scene with a sense of menace. The Mechanic is no exception. Yes, Jason Statham is the star of the film, proving himself as reliable and stone-faced as ever. But it’s Foster who makes almost every scene more interesting than it should be. For the first half hour before he appears, it’s as if the film hasn’t yet woken up; it simply regurgitates low-rent action film cliches, albeit with better actors, such as Donald Sutherland and Tony Goldwyn.

Despite it’s generic qualities, which are numerous, The Mechanic maintains an appealing lack of moral rectitude throughout its running time. Statham plays Arthur Bishop, a “mechanic”, which is code for assassin. He kills people for an unspecified evil corporate entity run by his mentor (Sutherland). The lack of specificity concerning his motivations is an asset to the film. It helps make the hackneyed direction by Simon West (Con Air, Lara Croft: Tomb Raider) more palatable. For example, when Bishop takes on his mentor’s son Steve (Foster) as a protege, we are treated to the usual training montages. 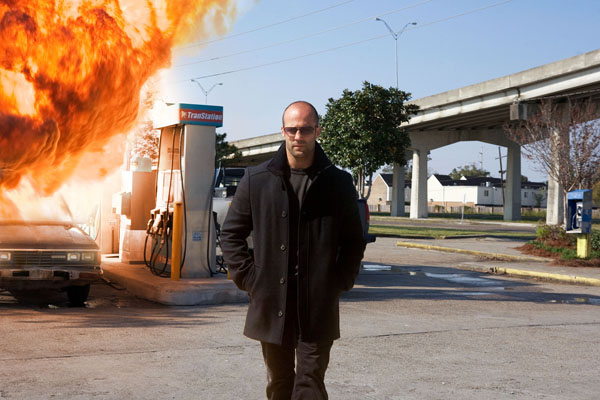 But then something interesting happens halfway through the film. The screenplay, adapted by Richard Wenk from the 1972 film of the same name, manages to rise above the direction. As many screenwriters will tell you, you can make a bad movie out of a good script, but not the other way around. It may seem strange that I’m touting this movie, as it barely builds its main characters, let alone explores them. But that’s what makes the dynamic of the film interesting. For example, in one particularly gory scene Steve is meant to slip an anesthetic to a target assassin who he is then supposed to kill. He doesn’t follow through – not because he has a crisis of conscience, but because he’d rather take the man on himself, mano-a-mano. What follows is a furious (and oddly homoerotic) bloodbath involving broken furniture, windows, and many sharp pointy potential weapon-like objects (screwdrivers, broken vases, the like). West’s uninspired handle on the action is made up for, both by the uncompromising violence and the fact that Foster’s thirst for blood is left unexplained and unpunished.

When it comes to mid-budget genres films with titles like “The Mechanic”, the qualities of the film which transcend the genre become very apparent. The Transporter series (also starring Statham) made themselves worthwhile by combining smartly choreographed action sequences with a self-awareness of its genre limitations. Other genre films aren’t as fortunate, so it’s odd and encouraging to see a generic action film from a hack director turn out so well. Let’s be honest, whenever an action film character has to make the obligatory “moral decision”, and ends up making the “right” one, as action fans we feel a little bit cheated. We can’t help but feel it could have been more interesting if the filmmakers had followed through with some of their darker suggestions about the leading man. However, when that happens in The Mechanic, it creates an uneasy atmosphere. Nothing feels sacred, and I could tell from leaving the theatre that some people were unhappy with that decision, making the film much more divisive than it anyone would have expected. So a hearty “Bravo!” to Simon West for making his first good film*, even if he was more of a hindrance to it than an asset.

*Con Air doesn’t count. That film was a masterpiece due to a combination of Nic Cage’s hair and his generally awesome demeanor.