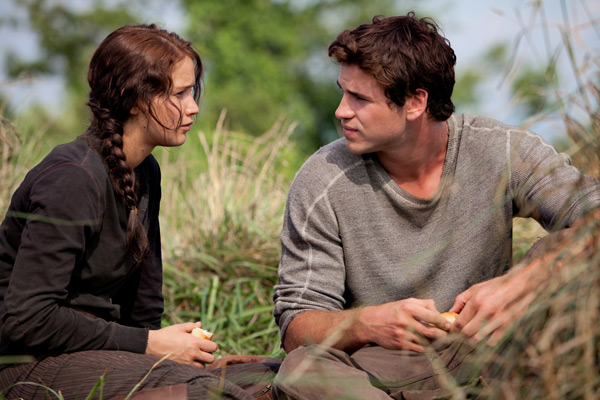 This week, The Hunger Games has audiences everywhere all in a tizzy. The movie is already a gigantic hit, and if you’re reading this article right now, chances are you’re either desperate to see it or already have. If you find yourself walking out of the movie desperate for more Hunger Games or you can’t stomach the thought of sharing the theater with a packed house of excited teens, then fear not! We’ve got some alternative options for you. While Suzanne Collins’ book and Gary Ross’ film are certainly strong pieces of work worthy of the attention, the central drama of the movie is a classic conceit that filmmakers have gone back to time and time again. “Humans being hunted” is any easy source of suspense, action, and drama that’s yielded many classic movies before it even popped in Collins’ mind. There’s many examples, but we’ve come up with the three best worth checking out if you feel like your week will be incomplete without a little more action following the games. So take a look at these prime examples of the genre and may the odds of you enjoying them be ever in your favor.

This is the big one, and chances are there’s already a few folks out there who dismiss The Hunger Games outright because the concept is so similar to this ultraviolent Japanese romp. In the not-so-distant future, the Japanese government decides to combat overpopulation by annually randomly selecting one class of high school students and transporting them to a deserted island where they must bump each other off one by one until only one survives. The public loves watching it, there are some star-crossed lovers in the new class, and a few of the “students” are volunteers who signed up to slaughter the other youngsters just for fun. Sound familiar? It should, because it’s pretty well the first book in The Hunger Games saga.

Well, perhaps that’s unfair. The two movies are quite different in many ways. Legendary Japanese director Kinji Fukasaku (who turned 70 while shooting the movie) takes a different approach. His story is far more streamlined and action focused. While almost every teen admits love for one of their classmates before kicking the bucket (at times hilariously so), there isn’t that much in the way of drama. Sure, there’s some subtle social satire in play and the characters are developed beyond merely being bullet fodder, but fore the most part the film is presented action first. Blood flows liberally, spurting out of students from hoses in the classic Japanese manner that Tatantino lovingly ripped off in the Kill Bill movies.

Battle Royale plays much differently and certainly far less seriously than The Hunger Games, but it could be argued those differences simply come down more to accepted levels of taste for the Japanese and North American teen markets. If you’re hungry for more…er…games following Ross’ film, this is the first place to go. The films are very similar, yet different enough to prevent accusations of plagiarism being thrown around. It’s also a damn good time to see this movie as well. Battle Royale first made the film festival rounds shortly after the Columbine incident and unsurprisingly no was willing to release it in North America. It’s only been available via bootlegs for years until this week when Anchor Bay put out the first ever official North American DVDs and Blu-rays to capitalize on the Hunger Games hoopla. Battle Royale is definitely a viciously violent watch and not for the week stomached, but it’s also a cult classic for a reason and should be seen by anyone who likes to push their cinematic limits.

The Most Dangerous Game (1932, Ernest B. Schoedsack)

If you want to watch humans being hunted in an exotic setting, then you may as well head back to the original source. Richard Connell’s short story The Most Dangerous Game is about a man and his special ladyfriend who are shipwrecked on a deserted island and end up being hunted by the insane owner of that island who considers humans to be the most exciting prey on earth. That story is where the whole genre began and Hollywood was quick to adapt it into a film in 1932.

The movie comes from the team of Ernest B. Schoedsack and Merian C. Cooper, two adventurous filmmakers who made wild nature documentaries before settling into the talkies. The pair cranked out The Most Dangerous Game as a B-movie at the same time they made their masterpiece King Kong to curb the spiraling production costs of what could be described as the first blockbuster. The same jungle sets from Skull Island were used along with many of the actors included the leading lady Fay Wray. This is not hastily cranked out B-movie filler though. It’s wildly entertaining little action/thriller filled with nail biting suspense and a surprisingly dark approach to the subject matter and onscreen violence for such an old movie.

Of course, this is a 1930s movie, so you have to curb your expectations in terms of the pacing, acting, and dialogue. They don’t make em’ like this anymore, but that’s part of the fun and plenty of campy laughs can be expected. Plus this sucker is only an hour long since it was produced to run in the bottom half of a double feature, so it flies by at a brisk pace. The Most Dangerous Game is an underrated classic and a human hunting flick that still holds up against current entries in the genre. If you enjoy old movies, this one is a no-brainer. But, if black and white scares you off, you can always go for 1994’s Surviving the Game which sticks Ice-T into a similar concept, hunted by the likes of Rutger Hauer and Gary Busey.  It’s not as good, but as you can probably guess based on that cast, it has its own undeliberately hilarious charms.

Finally it comes down to this. Sure, Predator is quite a bit different from The Hunger Games, but if you want to watch a movie about humans being hunted in the jungle, it ain’t going to get much better than this. Governor Arnold Schwarzenegger, Governor Jesse ‘The Body’ Ventura and (hopefully future Governor) Carl Weathers lead a team of Commandos into the jungle to take out some terrorists and end up being picked off by one of the greatest movie monsters of them all, Stan Winston’s Predator. At first the alien is invisible, which gives him an unfair advantage. But once Arnie can actually see his foe, it’s game time and the Austrian wonder ain’t going to let no ugly motherf*cker stand in his way, now is he?

This movie really needs no introduction. If you’ve never seen it before, then I guess you’ve never had access to a TV or spoken to any male between the ages of 6 and 100 over the last 20 years. It’s an absolute classic, pitting a team of testosterone-fueled actors up to their eyeballs in steroids against the pinnacle of rubber monster effects. If any human has to survive against the ultimate hunter, then it may as well be Arnold Schwarzenegger. The man kicks ass for all of humanity in this one and we should only be so lucky as to have him on our side if an actual alien invasion ever occurred.