This week kicks off the 2014-15 season of the Hot Docs sponsored Doc Soup series, and they’re kicking off with one of the best documentaries of the year. It’s the kind of documentary that could only be made by someone in the right place at the right time and the patience to follow their story over the course of several tumultuous and dangerous years.

The Columbian mountain town of Marmato is home to approximately $20 billion in gold that has been mined for the past 500 years privately by local investors. In 2006 with gold prices skyrocketing, the Columbian government opened up their booming industry to foreign interests, leading to a Canadian concern buying up the deeds to 80% of the town. The foreigners come claiming economic and ecological prosperity, but their real goal is to raze the mountain entirely and the town full of hard, underpaid workers and families that have depended on the mine for hundreds of years. Needless to say, the townspeople are not about to give up without a fight.

Shooting from 2006 until 2013, filmmaker Mark Grieco has crafted a patient, sympathetic, and eye opening look at an industry fuelled by greed and a complete lack of compassion. The fight to keep the town alive is fraught with perilous and now illegal trips to keep the mines privately operating, police skirmishes with riot police, and countless, pointless meetings with businessmen who can’t openly admit that they don’t remotely give a damn about the town or the people who live there.

Alternating between following the people who depend on the mine of survive and the chillingly cavalier businessmen who see Marmato as an untapped opportunity to get richer, Grieco doesn’t have to use fancy editing tricks to skew his story. The good guys support their arguments and the villains openly condemn themselves without a hint of remorse.

But even more importantly, the scope of what Grieco is doing here is even more important. He frames the battle for control of the mines as a continuous battle from when it started to the present. It’s a hard thing to accomplish and it takes a filmmaker with a great amount of skill and forethought to pull it off as well as it happens to be done here. It’s a really special film, and definitely an eye opener.

Marmato screens on Wednesday, October 1st at 6:30pm (rush tickets only) and 9:15pm and Thursday, October 2nd at 6:45pm with director Mark Grieco participating in post screening Q&As. There is also still time to subscribe to the full Doc Soup series, which runs through April 2nd with new screenings every month. 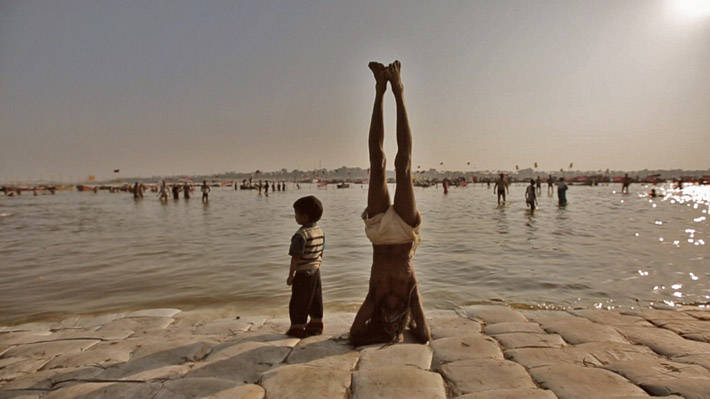 Every twelve years, up to 100 million Hindu pilgrims will cram into a 55 square mile space for 55 days for the holiest journey of their lives: the chance to take a holy dip at the point where the three sacred rivers converge. It’s a gesture so symbolic in that culture that a single dip in the river is said to bring a lifetime of good karma. The Kumbh Mela certainly brings together people from all walks of life under a single faith based event, but filmmaker Pan Nalin wants to focus more on the personal stories of those who make the journey in this certainly overlong, but still quietly soothing pseudo-travelogue.

Nalin focuses primarily on a handful of interesting characters with the intention of bringing back stories to his father. There’s an older male yogi looking after a toddler he has begun to care for as his own after finding the child abandoned as an infant. There are the stories of those who have lost loved ones amid the throngs of people, with names written chillingly on slips of paper that pile up at the “lost and found” office. Most memorably, there’s also a sharp, sarcastic brat of a kid who brags about being an orphan and wanting to grow up to be a murderous shot caller in a gang.

Nalin does a great job balancing and focusing on his stories for about 90 minutes or so before fatigue sets in. It’s a film that’s so desperate to hit the two hour mark that there’s literally twenty minutes of wordless montages that exist seemingly only to pad the film out to hit a specific running time. It comes together once again at the end for a great ending that ties the stories together perfectly (and in one case, VERY chillingly), but this one could still stand some better editing.

I Am Steve McQueen

A picture of actor Steve McQueen should show up next to the dictionary entry for the word “cool” in terms of describing someone who effortlessly exuded confidence and swagger. The screen icon was one of the most controversial, difficult, generous, and arguably crazed people to ever become a major box office draw in the 1960s and 70s, and Victoria, BC native Jeff Renfroe (The Colony) has amassed a who’s who of classic and modern Hollywood talent to talk about one of the greatest, and probably most underrated actors of his generation in this decent made for TV documentary that screens only on Friday night at 6:30pm as part of a double bill with McQueen’s now seminal thriller Bullitt following at 8:30.

Narrated by Robert Downey Jr. and packed with a slew of talking heads that either lived with him (ex-wives, sons, grandkids), worked with him (Robert Vaughn, Norman Jewison), or admired him (Gary Oldman, Pierce Brosnan, Zoe Bell, Randy Couture), it’s certainly nothing more than a bullet point look at a man who flourished over a very short period of time, garnering a reputation as one of the most sought after actors who was seen as a saviour of cinema to some and a massive pain in the ass to just as many.

From his early days as a relatively homeless youth from a broken home that would find his way tenaciously to the Actor’s Studio to his early success with The Blob and TV’s Wanted: Dead or Alive to his obsession with racing, very little goes unnoticed in this look back at his life. To the credit of Renfroe and his interview subjects, it isn’t all rose coloured memories, either. There’s a darkness that permeates the film’s assured swagger, much like the man it’s trying to portray. It’s obviously a made-for-TV product, but it’s a decently put together one and a must see for McQueen fanatics who might not know much about the actor’s personal life. It’s almost worth it just for the section of the film that talks about the debacle of a Le Mans movie that McQueen made at the height of his popularity that nearly wrecked his reputation as a golden boy for good. 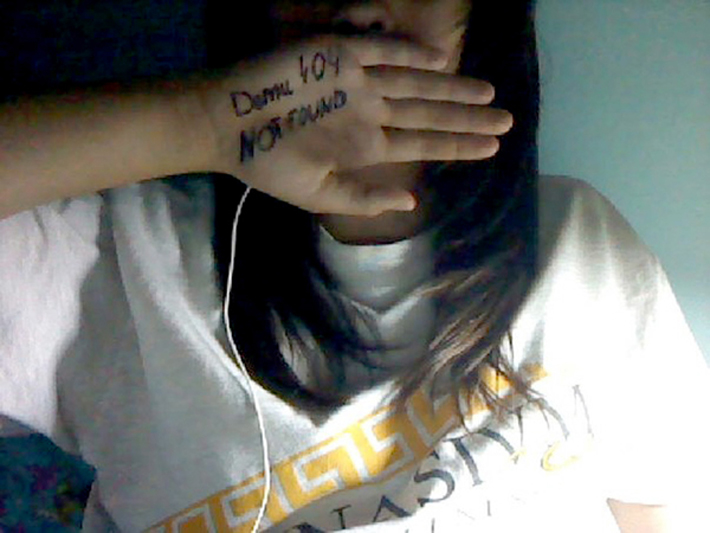 One of the best and most heartwrenching films from this year’s Hot Docs festival returns for one night only on Tuesday at 6:30pm, and it’s one that really should be getting more of a push than a one off screening in the middle of the week.

The effect of Pavel Loparev and Askold Kurov’s look at being young and gay in Putin’s Russia is like finding a mournful and sad plea for help stuffed inside a bottle set adrift at sea. A powerful assembly of first person looks at persecution, bullying, and being forced to live in secret, Loparev and Kurov realize the gravity of the project and display things as raw as possible with no embellishment.

Loparev and Kurov pretty much have the job done for them since the footage from these teens very uncomfortably and depressingly tells all that needs to be known about the situation. A lot of what they’re talking about will be triggering for some, but it’s a blunt force depiction of cold, harsh truth that is one of the most vital historical documents committed to film this year.

As if four powerhouse movies weren’t enough, there is a TON going on at The Bloor this week. Not the least of which is ANOTHER renewal of Walking the Camino: Six Ways to Santiago, with screenings on Friday, Saturday, Sunday, and Tuesday. The longevity of this one is kind of baffling to me, and I really have to assume that everyone who wanted to see this one has seen it over the now countless engagements it has had since debuting at The Bloor in early summer, but if you haven’t caught it yet and you still want to, better do it now. It hasn’t popped up on the theatre’s schedule for the rest of October… yet.

Friday night also marks the monthly return of the Rocky Horror Picture Show shadowcast at 11:30 in their last performance before their always crazy and fun Halloween run.

Do you have a badge for Just for Laughs 42? Then you can check out Doug Benson and some surprise special guests on Saturday night for The Benson Interruption, where the famed comedian will riff on Ivan Reitman’s Meatballs from the front row with his buddies. Again, admission only with a festival pass.

Outward Bound will be holding its annual fundraising lecture in support of aboriginal youth with guest and author Joseph Boyden reading from and talking about his novel The Orenda on Monday the 29th at 7:30pm. Tickets are $45 in advance (here) or $50 at the door and include a copy of the book. $250 VIP tickets are also available, and include the book, a reception with the author, and a tax receipt.

And as if that wasn’t enough, The Bloor is also participating in this weekend’s Culture Days festivities with  free screenings of The Green Chain (on Saturday at 3:30pm, sponsored in part by Planet in Focus) and the K-Pop concert film I Am: SMTOWN Live (on Sundat at 3:30pm, sponsored in part by Reel Asian). You can check out more awesome stuff going on throughout Ontario this weekend for Culture Days on the official website.