Digital comics have been a hotly debated subject for years. Much in the same way that Amazon has, so you can imagine the immediate uproar an announcement like this might cause in either direction. Speaking as a retailer in the comic shop business, I realize I am unabashedly biased in a certain direction about these controversial issues, so here are the facts. Amazon and ComiXology have announced the beginning of their new partnership, but there are no details yet as to what exactly that means, beyond the desire for a wider reach of digital comics for Amazon and its customers. ComiXology has a comics store and a mobile comics app, as well as their own self-publishing platform similar to Amazon’s Kindle platform for self-publishing authors (what made Fan Fiction now a thing you can buy). The only definite confirmation by a ComiXology spokesperson is that the ComiXology brand and apps aren’t necessarily going away. The two companies are interested in finding ways for ComiXology and Kindle to work better together. 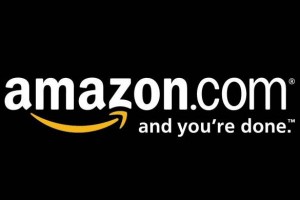 That’s all well and good, but not really addressing my concerns as a retailer. What about the already growing popularity of digital comics and Amazon, and the resulting impact that is having on physical book stores? I’m not knocking the entire concept. I recognize the value to having digital comics as a reliable source, but there is a line. Amazon is famous for being the world’s largest on-line retailer, and one of the biggest incentives for people is their promise of the lowest prices. A book at full price in a bookstore may be around $19.99, while on Amazon it could be offered at $11.99, plus shipping and other fees. After the whole process it usually averages out to around what you’d be paying anyway, but the prospect of home delivery is far more appealing to some than going out to the store. I am all for the notion of reaching more people who could become lovers of comics– that’s an attitude ComiXology has gotten very right– but it still remains to be seen if all their and Amazon’s interests where the comic industry is concerned match up. Where am I going with this? It’s simple.

Once the ComiXology brand is linked with Amazon, a retailer like me fears the worst. It’s disheartening enough every time we hear a phrase like, “That’s okay, I can find that graphic novel for cheaper on Amazon,” or even asked by people why we don’t offer Amazon prices on the comic books in our store. I have no beef with ComiXology or digital comics in general, I see the need for them and understand why some people prefer comics in that format, so here’s my question. You can find Batman #28 on ComiXology or the Amazon Kindle both for $2.99, which is already a dollar under the cover price you would find in a comic store. Will the price always be dictated by the publisher, or will Amazon find a way to make it cheaper to appear more appealing, as it always does? What about digital pull lists that ComiXology offers, will Amazon become a part of that as well? Subscriptions are a big part of being a comics reader, and honestly a huge incentive for comic stores to gain loyal regulars who come in weekly for their new comics. If Amazon is going to start offering subscriptions to their Kindle customers with the promise of improved digital imagery from ComiXology, how long before more people are opting out of printed copies in favour of digital? 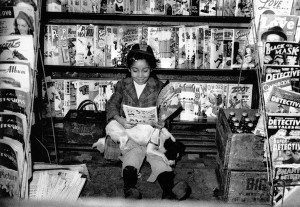 As a former customer and avid comic book reader, I can’t help thinking with a merger like this that the personal relationship between comic book stores and their potential customers will only become more estranged, as more people flock to the internet instead of talking to another human face-to-face about what they’re looking for in a comic. As a comic store employee, we really count on that connection with people. Things like the Marvel bonus incentives in the back of physical issues are great, because the only way to gain a free digital copy from their own digital distribution platform is to buy the printed one with the code in the back, but if you can get physical comics and digital copies from Amazon… then what’s left? And if Amazon can pick and choose, the independent creators who use comic stores as a way to get their creations public notice may be out of luck. It’s bad enough that corporate bookstores like Barnes and Noble have extensive graphic novel sections, but I’ll never forget the day I walked into one not that long ago and was shocked to still see single issued comics on the magazine rack mixed in with US Weekly and GQ. No Marvel, of course, but still plenty of DC. It’s a bad message we’re sending, because if other stores and platforms that are not specifically tailored to the comic book needs are able to sell what we are selling, then what makes us any different?

That’s easy. We, the comic stores, are the real face of the comic retail industry. We are the ground floor, the front line, your one-stop-shop to connecting people with comic books, and that message is getting lost. Expanding on the message of this article, more recently there has been a boom of new readership and interest in comics across the board, coming from a variety of age ranges of both men and women. In my comic store alone, there’s been a huge shift in the volume of our customers, and our monthly women’s comic book club has been growing steadily every month. However, you don’t have to work in a comic store to have noticed this inspiring change in readership. You just have to have eyes, and an internet connection. Yes, there is still a need for more All Ages reading material, and yes, not everyone is close enough to a comic shop so going digital is a really nice alternative for them, but the idea of Amazon-published comic books and graphic novels? It’s imperative that we keep local comic shops alive and thriving in this industry. The prospect of direct distribution cutting out the middle man is an ongoing threat to our existence, which is still very much essential to the overall mission of bringing people to comics.