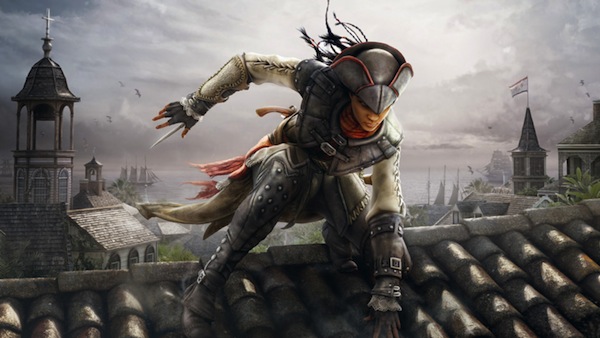 The Entertainment Software Association recently released its annual report of Essential Facts regarding the games industry. The report is well worth a look, especially if you want to know what kinds of statistic game publishers use when they make decisions (it at least explains the growing obsession with subscription models). The 20-page document is mostly charts, so you won’t even have to do much reading.

But if you can’t be bothered, one piece of information stands out from the others. Specifically, the report states that there are now more than twice as many adult women playing games (36% of all gamers) as there are teenage boys playing games (17% of all gamers). It’s the exact opposite of what you would expect given the conventional wisdom that the games industry panders to teenage males, though it makes sense once you realize that 18 and up is a wider age range than 18 and under. Of course there are more adults playing games than children.

That’s important, because it also means the games industry has officially run out of excuses. Earlier this summer, Ubisoft tried to explain the lack of playable female characters in Assassin’s Creed: Unity with the argument that it would have doubled the cost of development. It wasn’t true then and it’s not true now, but the controversy (and others like it) was never about development costs.

Behind the hand waving, the unspoken gospel seems to be that publishers don’t think their games will sell to their core demographic if they tone down the juvenile machismo. The games industry built its $21.53 billion nest egg selling time sinks to a generation of bored adolescent boys, and now it struggles to make games for anyone else.

But blaming the audience for not being there is just plain lazy, doubly so now that the ESA’s report effectively gives the lie to the ‘conventional wisdom’ that women don’t play games. That’s why I never want to hear another triple-A publisher tell me that inclusivity isn’t worth the effort. If you believe that you can’t reach a broader audience without sacrificing your existing one, then you’re not trying hard enough. Frozen and Maleficent did just fine, as did The Last of Us, if you’re looking for a gaming example.

I’m sure there are many ways you could attack the ESA’s numbers. The report does not break down the demographics within each genre so we don’t really know who’s playing what. Maybe the rise in the number of female gamers merely reflects the rise in mobile and casual gaming, as some people have suggested. In truth, there probably is some correlation.

It still doesn’t matter. Even if all of those women are playing Candy Crush Saga or Kim Kardashian: Hollywood, they’re still playing games, and there are far more of them than there are teenage boys. If you’re in the business of selling games, you want those people to be spending money on your games. Women represent a massive consumer base, and there’s no good financial justification for ignoring it. The fact that Grand Theft Auto V and Call of Duty: Ghosts have done so well in spite of the overt masculinity makes you wonder what a game with genuine mass-market appeal might accomplish.

And yes, GTA and CoD remain the top sellers. There will always be a place for power fantasies and no one is suggesting otherwise. But there’s more diversity amongst consumers than publishers would like us to believe, and we’re long overdue for a retail counter that reflects that spectrum of tastes. There are potential markets the triple-A industry isn’t even trying to reach. That strikes me as willful blindness when the numbers are so transparent.