Ned Rifle is on a mission to kill his father in the third and final film of Hal Hartley’s Henry Fool trilogy.

We’re not provided with much backstory, but suffice it to say that Ned’s parents aren’t very good people. His mother Fay (Parker Posey) is in prison for terrorism, and his father Henry (Thomas Jay Ryan) was arrested for having sex with a thirteen year old girl. Ned (Liam Aiken) has been living with a reverend and his family, and has found God. Despite this, he’s intent on killing his father for luring his mother into a life of crime. Along the way, he encounters his poet uncle Simon (James Urbaniak), and the sultry Susan (Aubrey Plaza) who joins Ned on his revenge quest. 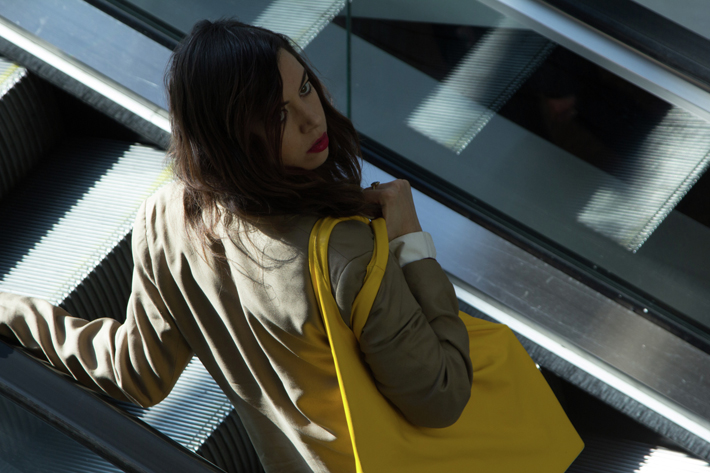 Hartley’s film is heavily stylized and similar in many ways to the previous two films in the trilogy. The camera angles are “dutched,” the dialogue is heavily laden with philosophical discussion, and the characters deliver lines in a very deadpan style. In a lot of ways, it underlines how Hartley was a precursor to Wes Anderson. But unlike Wes’s films, there’s little of interest going on in the production design and the characters aren’t nearly as endearing.

Plaza seems unable to shake her “neurotic, quirky girl” casting type, and it’s hard to feel empathy for Ryan’s character. Even Aiken seems aloof throughout the film, and his motivations for killing his father are clear, but I just wasn’t buying it. The quirky cast of characters is enough to keep things entertaining (Parker Posey can really never do wrong, except maybe for that Eye movie with Jessica Alba) but ultimately, Ned Rifle fails to engage like classic Hartley. (Cameron Bryant)