The sixth annual Toronto After Dark Film Festival kicked off last night at the Toronto Underground Cinema with not one, but two screenings of the horror-wrestling (yes, that’s a genre) film Monster Brawl. Toronto After Dark showcases some of the best and most off-beat genre cinema from around the world – from horror and sci-fi, to action, cult and everything in between.

The festival runs from October 20 – 27 at the Toronto Underground Cinema. Be sure to visit the Toronto After Dark website for the full schedule of films playing this year.

Below you can find a few of our picks for the fest. There are many great films playing at Toronto After Dark this year, but we think these ones are particularly noteworthy

A film that could easily be described as a mash-up of Speed Racer and Death Race 2000, Redline takes futuristic auto racing to a place where most cars never go: outer space! This break-neck anime feature from the animation gurus at Madhouse was seven years in the making. Blisteringly fast-paced and beautifully realized, Redline is unlike any anime you’ve ever seen. The film follows JP, an up-and-coming race jockey who qualifies to compete in the Redline – the galaxy’s most dangerous (and lucrative) race.

Sheltered in the basement of an apartment building, eight survivors of a nuclear apocalypse have trouble surviving one another. Think of The Divide as a post-apocalyptic riff on Lord of the Flies, only with adults, fallout, and no beach. Director Xavier Gens made a splash on the horror scene with his bleak and brutal 2007 film Frontier(s). The Divide looks to be a claustrophobic return to form for Gens. Seriously though, what is with this guy and axes?! 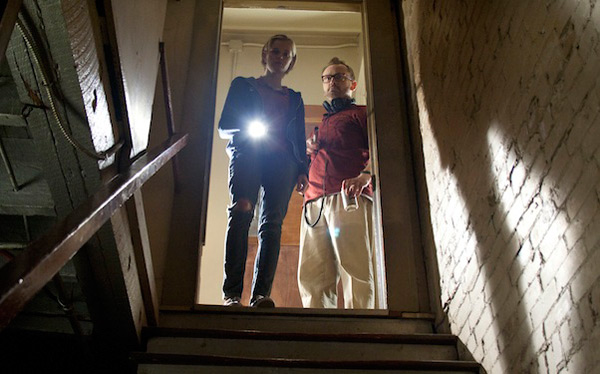 Director Ti West (House of the Devil) tackles the well-tread haunted hotel subgenre head on with The Innkeepers. A New England hotel with a history of unearthly phenomenon and mysterious sightings is about to be shut down. With only one weekend left before the hotel is shuttered forever, two employees take it upon themselves to uncover the secrets of the old inn.