Trainwreck, Romantic Comedies, and the Search for a Modern Sally - That Shelf Skip to main content

I love romantic comedies. I love them so very much.

I love watching a couple have a meet cute in a bakery while they both reach for the same perfectly shaped croissant. I love watching a man charm a woman by daring her to spend the day with him, even though statistics and my years of CSI viewings lead me to believe in reality he would likely to be a murderer with a thing for rubber. I love the electricity involved in touching someone for the first time. I love sighing along with an entire theatre as two people have their first kiss. I love it all so much that I am willing to overlook the fact that Jennifer Lawrence playing 35-year-olds when she is clearly only in her early twenties is absolutely ludicrous. Above all else, I love watching people fall in love.

Getting to a point where I can freely admit my adoration for romantic comedies, however, has been difficult. As my fictional best friend Mindy Kaling notes in her book, Is Everyone Hanging Out Without Me?, “the genre has been so degraded in the past twenty years that saying you like romantic comedies is essentially an admission of mild stupidity.”

In a way, critics are right to judge romantic comedies harshly. All too often Hollywood execs pump out derivative, demeaning, and dopey movies that waste any natural talent their stars might have. Being a romantic comedy ally can bean especially difficult task when Kate Hudson, Jennifer Lopez, and Jennifer Garner keep popping up in films that try to convince me that I should be attracted to Matthew McConaughey’s southern man-child smarm. 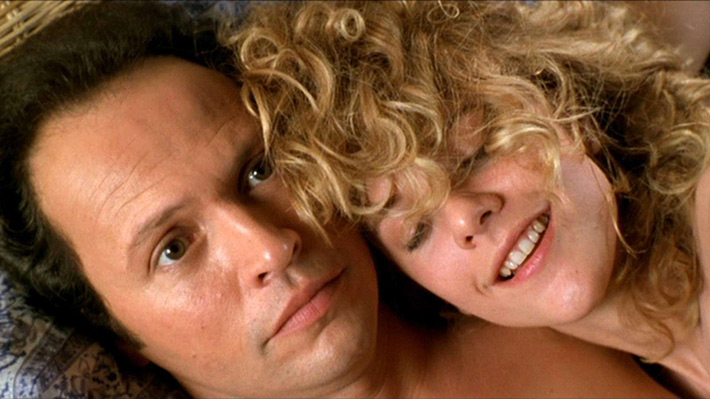 But are bad romantic comedies particularly worse than bad movies from other genres? Personally I would take a movie about a woman’s ghost haunting her husband’s new girlfriend over the Entourage movie any day.

The truth is that making a good romantic comedy is hard, much like making any good movie is hard. You need to have a compelling story. You also have to center that story around characters who can be described in more than just one word. “Klutzy,” “Dorky,” or “Cool” may be enough of a personality shorthand for a forgettable summer romp, but a lasting romantic comedy heroine needs to have more. A lasting heroine needs to be like Meg Ryan’s Sally.

When Harry Met Sally is the ultimate romantic comedy. Not just because it’s a universally acclaimed film or because it understands what emotional notes audiences crave, but also because it equally features two fully-formed protagonists. The movie isn’t just about Harry and Sally’s relationship, but about Harry and Sally as individual people who learn and grow. Sally’s not just a character sketch. She’s someone you know, or would want to know. She’s at least half of the story instead of a supporting character within Harry’s journey. She’s not just uptight, silly, or a know-it-all. She’s strong and she’s accomplished, and she’s selfish and she’s generous, and vulnerable and flawed and self-aware and amazing. She feels like a real human being instead of an archetype. She’s everything.

So where are our modern day Sallys? Where is the female version of Peter Bretter (Jason Segel) from Forgetting Sarah Marshall? Sure we have Erica Barry (Diane Keaton) from Something’s Gotta Give and Jane Adler (Meryl Streep) from It’s Complicated, but ladies part of the 20-40 set need love too (specifically love that doesn’t center around second marriages or getting your proverbial groove back).

Over the past decade we’ve gotten a few contenders for a Millennial Sally arising out of some excellent romantic films. How about Summer (Zooey Deschanel) from 500 Days of Summer? Charming and wonderful, but ultimately a crutch for leading man Tom Hansen. Does Margaret Tate (Sandra Bullock) from The Proposal work? Nice try, but she fits too comfortably within the generic working girl that is clearly flawed because she can’t fit the love mold. Alison Scott (Katherine Heigl) from Knocked-Up? Pretty sure she’s the serious shrew trying to get her boyfriend to stop being a whiny piss baby.

The closest we get to a modern-day Sally is Celeste (Rashida Jones) from Celeste and Jesse Forever, Jamie Rellis (Mila Kunis) from Friends with Benefits, and as of this weekend, Amy Townsend from Trainwreck.

Who is Amy Townsend? 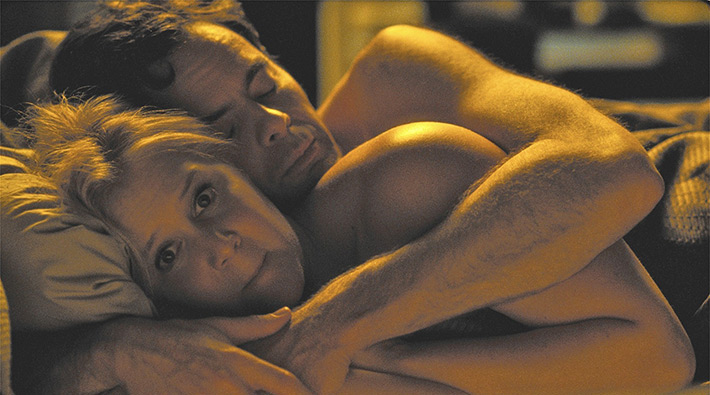 Amy is the brainchild of Amy Schumer, who rose to fame after creating, writing, producing, and starring in the Comedy Central sketch comedy show Inside Amy Schumer. If you haven’t had the chance to see Schumer’s Peabody Award-winning show, do yourself a favour and watch it in its entirety immediately. With every episode, you will slowly realize how Schumer brilliantly weaves feminist, social, and political commentary with accessible (and often crude) humour in order to render difficult discussions more palatable.

While Inside Amy Schumer is known for its biting wit, Trainwreck is a much more soft and nuanced. Written by Schumer and directed by Judd Apatow, the film follows the story of a successful magazine writer who has been conditioned by her father (Colin Quinn) to believe that monogamy is unrealistic. While Amy has a blast bedding countless handsome men, it becomes apparent that her no-strings-attached relationship style is a defense mechanism she employs in order to avoid heartache. For a long time, Amy’s plan works, and any potential suitors are cast aside with little effort. After all, if you don’t try to date someone you care about, you never have to feel the self-loathing that follows the failure of a potential relationship.

When Amy meets sports doctor Aaron Connors (Bill Hader) for a story, however, things take a turn for the complicated. In addition to being smart, handsome, and funny, Aaron is also very interested in dating Amy instead of just sleeping with her. Will the two end up together? Will Amy let herself be open to love instead of pushing it away? Will Aaron fight for Amy? Will there be big gestures aplenty? Of course. Of course. This is a romantic comedy, and the film knows we want our goddamn formulaic happy ending. Much like a fantasy or action film where the hero saves the day, however, the true joy of watching Trainwreck is found not in the actual (predictable) ending, but the hero’s journey in getting there.

The relationship between Amy and Aaron always feels wholly honest. There’s no bet here that someone loses. No kooky misunderstandings. No slut-shaming that the hero needs to overcome. No secrets that are revealed to provide tension. No predictable emotional shorthands. No. Here we find only two flawed and charming people who fall for one another and work through the difficulty of fitting their lives together. Here we have a movie that accurately portrays not only romantic dynamics, but also the painful reality of fluctuating familial relationships and the legacy they’re attached to. Here we are presented with a multi-faceted heroine who feels like she’s made of flesh and blood instead of words found in a Hollywood producer’s book of “generic rom-com lead” madlibs.

In writing such a smart script, Amy Schumer has also inadvertently given the 20-40 set a new modern-day Sally to relate to. She’s given us a heroine that accurately and hilariously wrestles with the fear of committing in an age that facilitates endless choice.

Maybe. Maybe not. Either way we are lucky to have her.

Next Article »
Orange Is the New Black Episode 3.6 Recap