How To Play Video Games At Work And Never Get Caught 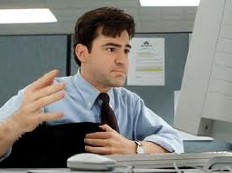 Don’t be alarmed but I’m going to go ahead and lay some truth-bombs on you. The vast majority or North Americans are stuck in jobs they hate and careers that suck the life out of them 52 weeks a year. Sure they get a couple weeks vacation time, maybe they even have some decent benefits (Dental Plan! – Lisa needs braces). And once a day they are obligingly granted enough time to pop their head up from their cubicle, rub their eyes as they adjust to a world outside of a monitor and flee from the corporate prison that detains them every day. They use this time to congregate with fellow captives at the nearest Freshii and grumble about work loads, TPS reports and annoying superiors — in between mouthfuls of custom built wraps and unlimited topping salads. Then it’s back to the grind as they watch their life pass them by one spreadsheet at a time.

It’s no secret, a lot of people play games at work. It helps pass the time and makes the occasional slow periods more bearable. Plus, there’s only so many gossip sites you can read before your head explodes. That’s why over 50 percent of the people playing online games on Facebook, are women over the age of 35. You think they’re sitting at home all day watching their stories and playing video games? The only problem is, most (read: all) companies frown upon this. Apparently playing Farmville isn’t good for productivity.

Fear not. I have just the solution. Now you can safely play video games at work without the lingering fear that your boss is looking over your shoulder or coming around the corner at any moment. The people at cantyouseeimbusy.com have developed three very simple, yet incredibly brilliant and entertaining flash games that are designed in a way so nobody can see that you’re gaming. In fact, your boss and colleagues will think that you’re working harder than ever before.

The games are all built to mimic the appearance of commonly used office programs like MS Word and Excel. Only instead of typing out letters and reports, you’ll be playing Breakdown – a Microsoft Word text based type of Brick Breaker. Brilliant! 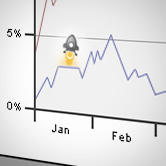 The other two games available on the site are Leadership and Cost cutter. Leadership is a game that appears to be a spreadsheet program. The goal is to use the keypad to steer your space ship through the graphs and dock on the landing platform without touching the lines or expending all your fuel. And should your boss walk by, all you have to do is hit the spacebar; the game pauses and all the game elements will disappear from the program.

And finally is Cost Cutter, a game that appears to be a costing spreadsheet where you must click combinations of two or more blocks with the same colour out of the chart. If the data reaches the end of the chart, it will fall off and it’s game over. Same spacebar hiding option applies.

The sites says the people involved are currently very busy developing new games and to this day, they proudly boast that the total cost of their site to the economy is €11,125,506.