If nothing else, Zoolander 2 is at least self aware. The sequel to Ben Stiller’s unexpectedly brilliant Zoolander is a parable about an aging icon attempting to reconnect with a world that he no longer understands, and there doesn’t seem to be much point in criticizing a movie that knows and regularly acknowledges that it’s out of touch.

Sadly, that doesn’t make the finished product entertaining. While Zoolander 2 doesn’t do anything to tarnish the legacy of 2001’s Zoolander, it certainly doesn’t do anything to enhance it, offering the cinematic equivalent of a parent trying to look cool for the kids. It’s not the most embarrassing effort – Zoolander 2 recognizes the many ways in which the world has changed – but it doesn’t have the energy or the enthusiasm to match the intensity of the youngsters. 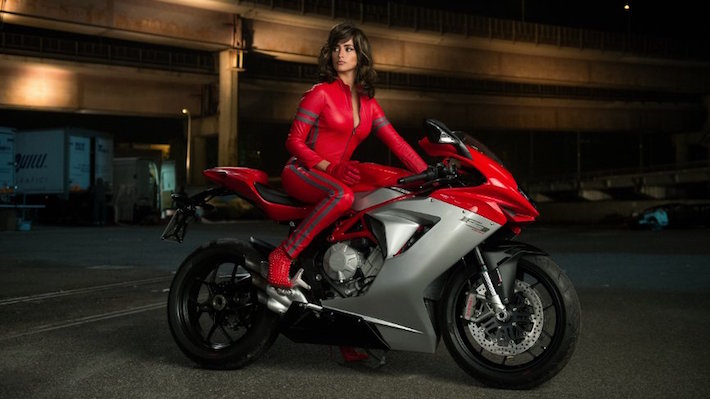 Both are eventually called out of retirement to deal with daddy issues, Derek as he attempts to reconnect with his son while Hansel tries to avoid the prospect of his. There’s another fashion conspiracy driving the plot behind the scenes (Penelope Cruz is investigating as a member of the literal fashion police), but the central arc is more concerned with Derek’s attempts to make peace with his own diminished status in the universe.

In the case of Derek Zoolander – a thin, vapid male model with superficial understandings of human beauty – that means returning to a more diverse and progressive culture than the one he remembers. Though there are some politically incorrect observations that might give some viewers pause, Zoolander gets away with it because the target is usually the character’s ignorance rather than the more open-minded lives of the people that he’s talking to. The movie doesn’t judge people for being different. It simply points out that the older generation finds that difference confusing and often doesn’t respond in the most productive way.

Fortunately, Zoolander 2 takes a relatively good humored approach to that generation gap, and it makes a telling point of contrast to other Hollywood comedians. While Adam Sandler seems to be increasingly bitter about his fading star, Ben Stiller’s Zoolander makes a sincere effort to fit in, to adapt his own understanding to the modern world. His own longstanding prejudices about beauty and value make that difficult – his reaction to seeing his own son is particularly awkward – but Zoolander doesn’t condemn the younger generation as much as it finds it alien. It would be a stretch to suggest that the movie is some kind of progressive benchmark (it’s not), but there’s no malice as it gently advocates for a more inclusive definition of beauty.

Zoolander 2’s biggest failing is that it just isn’t terribly funny, which is odd because it has a few decent gags and you can occasionally see the sharp wit of the original poking through to the surface. The problem has more to do with pacing than it does with comedy. Zoolander 2 can’t maintain the manic density of modern comedies, leaving too much dead space lingering between the punchlines. It’s difficult recreate the mood once the belly laughs have faded.

The result is a movie that lumbers, like a 60-year-old relative lurching to the dance floor to dust off the 70s at a wedding. They remember the steps and they can still hit a few poses, but the performance is creaky, inconsistent, and a little cringe worthy even if you are grading on a curve. Zoolander 2 tries to get weird, but it can’t stay off the rails for any stretch of time so the weirdness ends up feeling more jarring than immersive.

It also undercuts the satiric edge of the original. Zoolander 2 readily concedes that it no longer understands the fashion industry or trends in any meaningful way, so it can’t point out the shallow absurdities of people that care more about surface than substance. The more personal storyline makes it a moderately interesting reflection on the career of its creator, but I can’t really say that I enjoyed watching it while it was happening. Rocky Balboa is a much better movie about an icon and an actor aging gracefully. As much as Zoolander 2 wants to reminisce about the glory days, it ultimately decides that it’s content to be passé.