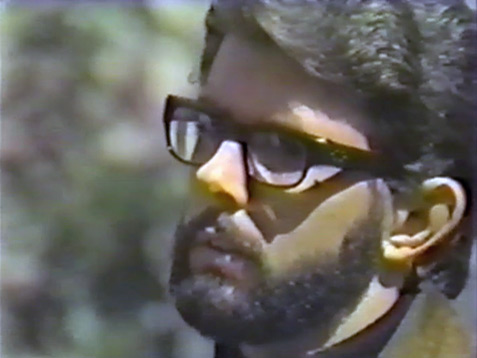 The Binary Bansai has unearthed a rare hour long interview with Star Wars creator George Lucas from 1971.  Filmed hot on the heels of his first feature film THX 1138, the piece entitled George Lucas: Maker of Films features a 27 year old Lucas discussing the movie industry, film theory and his hopes for the future with media theorist Gene Youngblood.

Footage of Lucas at this age is extremely rare; it’s even more rare to see the man who would make Star Wars and Indiana Jones being so candid.  You have to give Lucas credit for following through, even in 1971 the guy knew exactly what he wanted: independence from the studio system.  Francis Ford Coppola and Lucas tried to achieve this independence with their company American Zoetrope, but the commercial failure of THX 1138 nearly ruined them. The irony of this failure is of course that Coppola was then forced to make a little film called The Godfather to make ends meet.

They also discuss some of Lucas’s early student films, there is so much potential in them.  While no one can argue that Lucas has been a visionary and clearly been very successful, you can easily make the case that he never lived up to his potential as a maker of films. He hasn’t made an original film since Star Wars; his greatest success, but probably not his best film.  It’s a really fascinating interview, to see where Lucas came from and now to see where he is. But who am I to judge the man, he has made good films (THX 1138, American Graffiti), has his studio independence and has billions of dollars. I recommend it to anyone who wants to know more about the man behind the beard.

Thanks to Peter for the link.