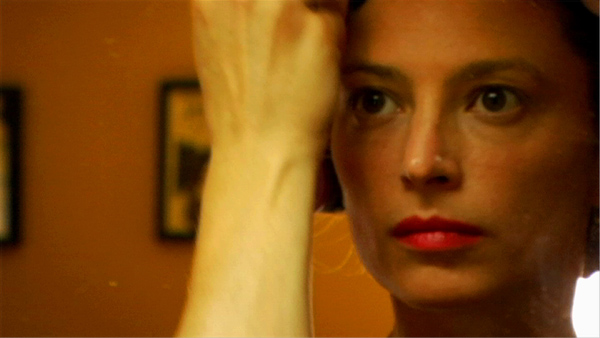 
The actual point of director Robert Greene and actress Brandy Burre (best known for a recurring role on The Wire) is hard to discern, but intriguing to think about. Probably one of the only films to ever cross mumblecore fictional filmmaking with a documentary profile piece, the one thing that is for certain is that both Greene and Burre are trying to find out when it is exactly that an actress stops playing a role and starts showing their true self.

After having a pair of kids, Burre stopped actively seeking work to be a stay at home mom while her restaurateur partner provided most of the family income. When the film picks up, Brandy decides she wants to get back into acting, a desire spurred on by a rift in her domestic partnership that’s threatening to tear her family apart.

Aside from the artful asides of clear performance that are very well done and don’t change the general truth of the situation, it’s impossible to not wonder what was left on the cutting room floor here. There’s A LOT being left unsaid and not exactly in an artful way. Burre can be very confessional at times and willing to admit her faults as an actress, parent, and partner, but she’s still holding back. Greene seems pretty simpatico and clearly on her side, so the drama of the film’s second half holds huge gaps, especially at the film’s conclusion which has several bits of misdirection and an admittedly great message about gender inequality, but one that still shows Burre holding back and raising more questions than she’s answering. It’s interesting, but frustrating. (Andrew Parker)