It’s the holiday season and there’s nothing like a Box set for the film or TV fan in your life, where every classic episode, iconic film and memorable moment are all together in the same place for twelve post holiday days of binge watching.  If you’re need of any tips, here are a dozen recently released or upcoming sets that caught our eye (including a couple that have been in demand for years). We remain hopeful that someone is leaving these under the tree for us.

The Sopranos: The Complete Series: When in doubt, it never hurts to start with a TV show that changed the landscape of modern television.  Now on Blu-Ray (and with a Digital HD copies) we can relive all 86 episodes of this influential mob saga in glorious HD, with a plethora of detailed behind the scenes special features and looks at how this show changed the way we watch TV. It marked the beginning of a golden age of television that we’re still enjoying to this day, making it a must own.

Twin Peaks: The Entire Mystery: In the early 1990’s, viewers that tuned into the events that unfolded in Twin Peaks were transfixed, bewildered, and enthralled by David Lynch’s masterful, surrealist mystery.  Now remastered in HD for the first time, the entire experience (including the feature length follow up to the show Twin Peaks: Fire Walk With Me) gives us a comprehensive look at a show that’s probably still too far ahead of its time to succeed. After almost 25 years this show holds up as classic and one of the most entertainingly weird shows ever created.

WKRP in Cincinnati: The Complete Series: If there was ever a comedy that fans have been waiting for to be released in home video format, then WKRP is it.  With the bulk of the shows big time music licenses cleared, all four seasons about the wacky crew of staff and DJ’s trying to raise their ratings by switching to rock and roll is finally available as it was intended to be seen.  With extras including a full reunion of the cast and crew at the Paley Center, this is one of those sets for lovers of iconic comedy and rock and roll shenanigans.

Stanley Kubrick: The Masterpiece Collection: Here in Toronto, we’re kind of spoiled with the recent Lightbox retrospective and gallery exhibit of Stanley Kubrick’s life’s work, but for those who can’t make the journey, this new collection offers a pretty great cross section of what made the noted auteur one of the greatest filmmakers to ever live.  With 8 feature films (ranging from Lolita to Eyes Wide Shut) on Blu-Ray, 5 behind the scenes documentaries (including 2 new and exclusive to this set), and a beautiful 78 page hardcover photo book, this set is a must own for the hardcore cinephile on your shopping list. There aren’t very many great film box sets this year (and there has already been several Kubrick box sets), but this one is easily the best. 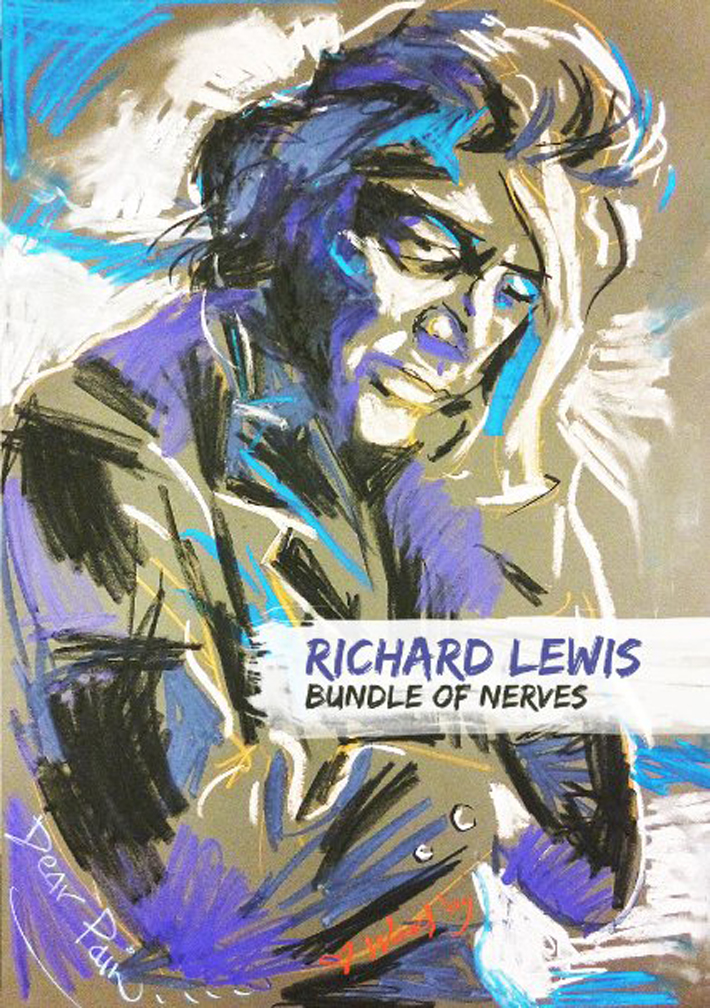 Richard Lewis: Bundle of Nerves: For those who like their comedy with a healthy dose of darkness, this one’s for you.  Richard Lewis: Bundle of Nerves gives us some classic stand up specials from the noted neurotic stand-up and actor, along with a raw drama about Lewis’ fight with alcoholism.  Along with commentaries and a look at the man chronicling his life along the Sunset Strip, this is a unique piece of comedy history that doesn’t shy away from the self effacing highs and lows in the life of a comedian.

True Blood: The Complete Series: On a cold winter’s night, getting into the sweaty dealings in the town of Bon Temps, Louisiana just might be what the doctor ordered.  True Blood: The Complete Series brings all 80 episodes together as telepathic waitress Sookie Stackhouse (Anna Paquin) gets tangled up in the romance and action that surrounds the mysterious world of vampires. It was never a perfect or even a great show, but as far as sometimes trashy and over the top soap operas go, this might be the perfect thing for a winter vacation.  Including a look at the final emotional days on set, any “Truebie” on your list will want to see this underneath their tree.

Mork & Mindy: The Complete Series: We lost an icon of comedy this year when Robin Williams passed away.  There are few better way to honor the man this holiday season than by reliving the way he crashed into our lives as the clueless but kind hearted alien Mork.  All 95 restored episodes with Williams and co-star Pam Dawber are together in one spot for the very first time, including the debut episodes of Mork on Happy Days. It’s an underrated and undervalued introduction to one of the greatest actors of our generation. It’s available on DVD on December 9th.

Canada Cup ’84: It’s hockey season, so for any fan on your list looking to relive the glory days of our country’s epic run with some of the most talented men to ever lace up the skates this will be a real treat, as round robin, semi-final and finals are included in this set out due out just a couple of days before Christmas on Dec 23rd.  With special features that include commentary by Team Canada Assistant Coach Tom Watt and HHOF Journalist Scott Morrison this is some must own material for your favorite puck head, and a great last second gift for your favourite sporting buff in case you get stumped.

Sgt Bilko: The Phil Silvers Show: The Complete Series: If your comedic tastes tend to steer towards the classic, this might be for you.  A noted influence of comedic superstar Larry David (one of the minds behind shows like Seinfeld & Curb Your Enthusiasm), Sgt Bilko: The Phil Silvers Show is 142 episodes of comedy from the golden age of television that’s unlike no other, with commentary tracks and interviews highlighting this 20 disc set of a sitcom that only gets better with age.

Spartacus: The Complete Series: Much like True Blood, this box set of TV’s Spartacus will help you turn your brain off with some trashy sex, violence, blood, and violence (did I mention sex)?  Spartacus: The Complete Series is 4 seasons and 13 discs of sword swinging fun so endearingly crazed that itmakes Game of Thrones seem like Masterpiece Theatre. It’s no-holds-barred TV lunacy at its finest.

Three’s Company: The Complete Series: In a post-Friends and post-Big Bang Theory era, it seems pretty hard to believe that the John Ritter/Suzanne Sommers/Joyce DeWitt sitcom Three’s Company was such a controversial and hot button show at the time. That’s probably why it holds up so well today. Ahead of its time during its run from 1977 to 1984, this tale of love, lust, friendship, unlikely roommates, and nosy neighbours feels more in step with a modern sitcome than anything that was out at the time. Available for the first time in one package on DVD (and this time including two test pilots that were filmed with different female leads), it’s definitely one for people looking for an old time sitcom with modern values. Special features include interviews, commentary tracks on select episodes, a tribute to the late Ritter, and much more.

Batman: The Complete Original Series (Limited Edition Blu-Ray): Easily the crown jewel of the nerdy holiday season, this is the one that people have been waiting for.  With all 120 broadcast episodes remastered for Blu-Ray and DVD, Adam West as the Caped Crusader fights the villainous underbelly of Gotham City with highly entertaining results.  With over three hours of extras, collectible booklets, and even a vintage Hot Wheels Batmobile this is an unequivocal blast from televisions past. What’s not to love?