Ladies and gentlemen, place your bets! Oscar night—and the end of the 2022 Awards Season—is almost us and it’s time to make your predictions. Will Jane Campion and The Power of the Dog win big? Who will come out on top of a truly unpredictable Best Actress competition? Can anyone beat Dune on the technical side? Some categories seem foregone conclusions, others are anyone’s best guess. Though we’ve almost finalized our picks, there are likely to be some upsets and surprises no matter where we land and this year is likely to be no exception.

The Academy already lobbed one our way In February with the unpopular announcement that eight of the 24 competitive categories will not be televised. So for 2022, Oscar night is set to be a celebration of Hollywood’s biggest and best—unless you’re up for documentary (short subject), film editing, makeup and hairstyling, music (original score), production design, short film (animated), short film (live action), and sound.

So print out our ballot, then place your bets on ALL categories now! Just click the image below to download, go with your gut, and see how you fare on the big night. 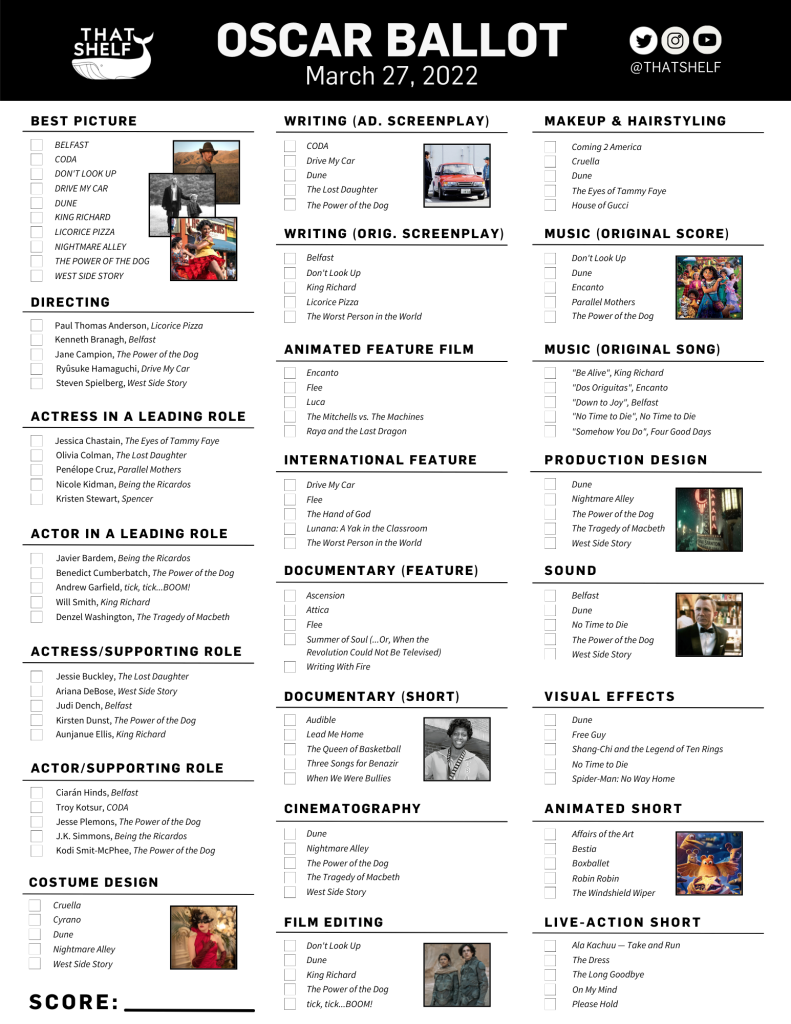 This year’s telecast kicks off at 8pm ET on Sunday, March 27 on both ABC and CTV. Wanda Sykes, Amy Schumer, and Regina Hall will share hosting duties. Find out what else to expect below:

Next Article »
The Noise of Engines Review