The Internet entered my life before I could adequately describe sex. It was a slow Internet, one that required the forfeit of real time conversation over the phone in favor of a form of written correspondence more akin to mail or a telegraph. The year was 1996 and I was perpetually listening to a cassette tape recording of No Doubt’s Tragic Kingdom on a plastic tape recorder once used for pretend radio shows and bedtime lullaby mixes. I was growing up, I guess, but not as fast as I could have.

Track ten on Tragic Kingdom, “Don’t Speak,” is without a doubt the most formative song in the development of my emotional self. I’m embarrassed to admit this, and have been for some time, but these kinds of things sneak up on people. Looking back, I think I would be less bashful about having been molded by other alt rock or proto-emo songs of the year. Anything off of The Smashing Pumpkins’ double album Mellon Collie and the Infinite Sadness, Pearl Jam’s Vitalogy, or Pinkerton by Weezer would at least indicate that my conflicted feelings toward love are mundane and boring. But of course, we don’t get to choose which songs are important for us, for that is the realm of the gods. One expects a catchy radio single by a ska-punk band to crucially mould them no more than a common Greek warrior expects to be transformed into a beast or a tree, even though it happens every time.

That song, with its upbeat yet brooding tone and melodramatic cadence, would eventually flip a switch and set off a tiny nuclear bomb in my little ginger heart. Gwen Stefani is the reason I soured on love in the age of the Internet, and she is responsible for the metaphorical radiation burns all over my internal organs. “Don’t Speak” is so foundational in the development of the part of me that can cry because it hit me at the right moment. It makes me nostalgic for a time before I understood its message; a time before I encountered the man eaters of mid-90s Star Wars role playing Internet chat rooms.

Nine-year-old boys who lack the dexterity, bone-structure, straight teeth, working lungs/open air passages, self-esteem, social skills, and un-weak heart to excel at sports pretend to be robots at recess. Occasionally they will diverge from this and opt to be speedy blue rodents with attitude, or massive half-monkey karate aliens, but even in these rare occurrences there are always one or two robots in the dramatis personae of the lunch hour play-bill, that through their pure cybertronic superiority, lead the other, non-bot characters to retcon their break time backstories so that that they at least have laser eyes or a metal skeleton.

There was nothing I loved more, in 1996, than pretending to be a robot. Beast Wars had debuted that year, making it even easier to satisfy my transhuman urges during recess. I could pretend to be a cheetah or a wasp without having to sacrifice my standard cyborg fantasy weapon loadout (wrist mounted rockets, laser eyes, a flying apparatus). In the imaginary schoolyard battlefield, children would run around making “pew pew” noises over the sound of their whooshing slush pants. They would pretend to explode and dramatically vow revenge, living out 15 minutes of a life more interesting than class time.

That year also marked the launch of ICQ, the very first instant messaging client, but it wouldn’t become widely popular until two years later when it was purchased by AOL. 1996, therefore, was the era of the chat room. It was a period of time when you could introduce yourself over the Internet to a group of complete strangers in real time without giving up any of your biographical data (I recall your IP address being on full display in some chats though). While it wasn’t perfect anonymity, it was the digital equivalent of dialing into a conference call from a payphone, with a kazoo in your mouth: the only thing people could know about you was what you told them.

In the chatrooms of 1996, your identity was only limited by your moral hangups around lying to other anonymous strangers. As a morally undeveloped nine year old boy with a glow in the dark retainer (aka: nothing to lose), discovering Internet anonymity was a revelation. I might not have understood the implications of lying online yet, but it was clear as my recently puffered airways that chat rooms gave me a rare opportunity to be perfect. It was like discovering The Matrix three years before The Matrix was released (okay, that’s a bit of a stretch, but it was a big deal). 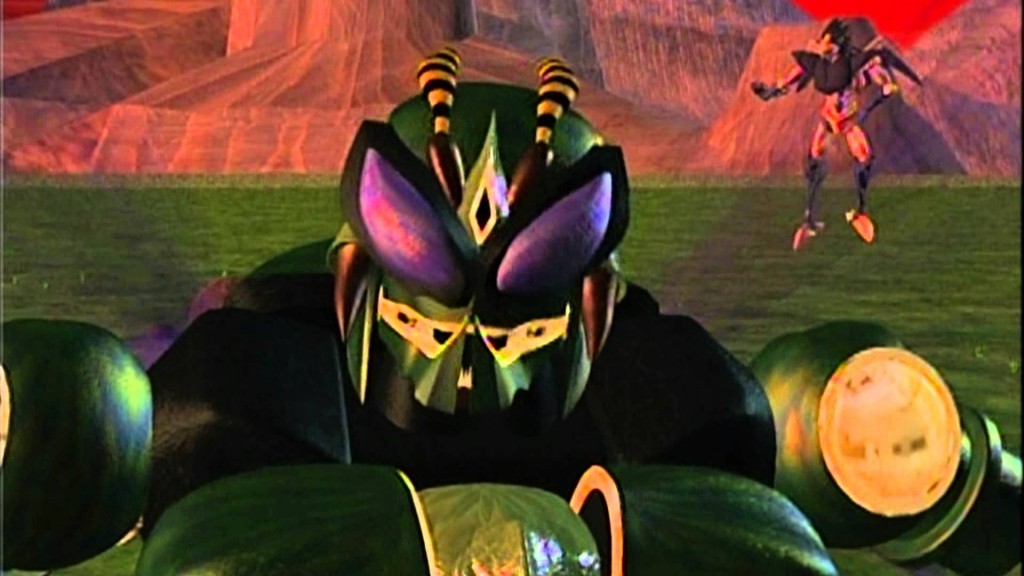 I would find it very difficult to believe that there has ever been a generation of children since 1977 that didn’t fantasize about being Star Wars characters. At my elementary school, everyone did this, even the cool kids, which is why it was the only type of pretend playtime that didn’t devolve into robots fighting other robots. Jocks don’t understand the benefits to being a robot because their bodies have never betrayed them. They happy pretend to be Han Solo or Luke Skywalker or Princess Leia or Boba Fett, unconcerned about all the information their primitive human faculties cannot detect.

This was a moral victory for me. While every one in my grade was busy fighting over who got to pretend to be wizards with laser swords, I stoically made the same choice time after time: the ruthlessly cold robot bounty hunter IG-88, who, I once read in an expanded universe novel (RIP), took over the Death Star and played pranks on the Emperor of the known universe. Being a robot is significantly improved by the presence of naive and arrogant humans. To a nerd like me, it was vindication that my inability to score a goal in gym can be spun into a strength. There was nothing I wanted more than to have a robot life in this world that didn’t favour my awkward genes. That fantasy is why I justifiably lost my shit when I stumbled upon an Internet community of Star Wars role-players based around a chat room.

The Star Wars Cantina was a website. It had a black background with yellow text, consisted of a page for rules, sign up and live discussion. After five minutes of reading the chat’s transcript I realized I could achieve my fantasy: I could use this digital space to transcend my freckled prison of a body, wrapped in a Northern Getaway shirt that said “DINOSAURS!”, and become IG-88. I quickly registered an account and before you could say “retrospective embarrassment” the super-dangerous bounty hunting robot IG-79 walked through the door as I shed my mortal coil (IG-88 was already registered, hence the discrepancy in nomenclature).

I became addicted. The psychological implications disturb me now, but at the time I couldn’t imagine the other characters as real people. This became so important to me that I actively policed my own ‘no chatting out of character’ rule, attacking and attempting to virtually kill users who meerly wanted to talk about Star Wars instead of aggressively participate in the world of Star Wars. My delusions of grandeur reached their logical conclusion one day when one chatter came on and, in a cry for help, asked for everyone online for reasons not to kill himself. I am not proud to say that I launched a pretend concussion missile in his direction. Dark, I know, but my robot identity was too precious to allow for any kind of real life tragedy to take me out of my fantasy. And then she showed up and ruined everything.

My fake Star Wars Internet girlfriend had a jet pack. She had wrist mounted missile launchers, a flamethrower, a grappling hook, and Boba Fett’s helmet. I rescued her from the slimy clutches of JabaTHutt425. Together we murdered a cadre of Buffy the Vampire Slayers (canon was not really a priority on this forum, which was sublimely frustrating for me). I fell in love.

I had found somebody who cared about this other life just as much as I did. She never broke character, thus enhancing my immersion in this HTML paradise far, far away. Also, she looked like Boba Fett with breasts. I would log on to the Cantina every minute I could spare, and there she would be, ready to show the rest of the hive of scum and villainy we called home how to play Star Wars. We would schedule times to meet up, sacrificing the phone line that could have saved my heart with invitations to Laser Quest birthdays or Saturday morning Beast Wars marathons. But no, I needed to go further in, and I needed her to come with me. We found an empty auxiliary chat room, The Dune Sea, and made a date with the great sarlacc pit of destiny.

The text was green in The Dune Sea, and we were alone (if you discount my family who was lounging around in the same room as me watching TV). Oaths were made that night in the private chat that never should have been textually uttered, because as soon as I mentioned that my parents needed me off the computer, and she asked how old I was, it was all over. I told her I was nine and I never heard from her again.

I would stand in the virtual corner of the Cantina waiting for her, ignoring the influx of Dragon Ball Z characters buzzing around my once pure fantasy world and starting to understand that poor depressed guy I shot so long ago who only wanted a reason to live.  My fake Star Wars Internet girlfriend would never come. I actively looked in other Star Wars role-playing chats, asking about her in a cold mechanical tone, but no one had any information. It was frustrating. It was unfair. It felt out of character. Quickly and violently, I vaporized those unhelpful chatters with the prejudice of a heart-broken robot. Nobody was taking this seriously — and the one person on all the world wide web that would? She refused to live a second life with a nine-year-old child over the Internet.

The Saturday after my fake Star Wars Internet girlfriend disappeared, I was sitting at the breakfast table, eating cold cereal, while my parents listened to the radio. After I was done, I was going to watch the new episode of Beast Wars and then resume my search for the hot-babe-Boba Fett, but something happened that changed everything: No Doubt’s “Don’t Speak” came on the radio and, for the first time ever, I realized what love was, that I’d had it, and that I was currently out of it.

In the sweet upstrokes of a guitar and the intense whining of a future career orientalist, I realized that all of life is searching for someone who will play with you in the delusions you choose to believe over the disappointing and fragile reality of human life. I realized that pretending by yourself is easy, and that pretending with another person is a risky fantasy that ultimately might be too much of an ideal to obtain. I was nine-years-old when Gwen Stefani told me my heart was broken, and I never pretended on the Internet again.