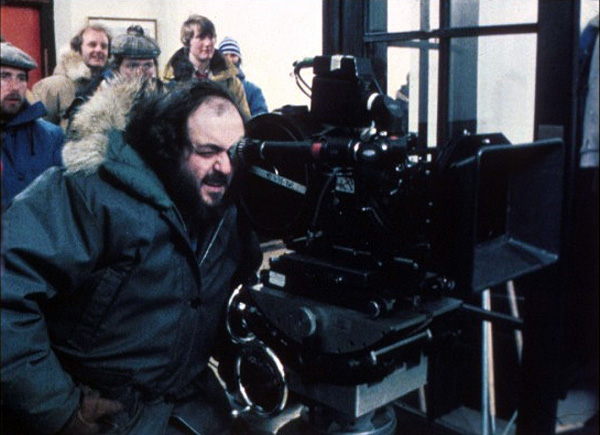 While many scholars herald him as one of the greatest filmmaking voices of all time, the late director Stanley Kubrick continues to confound some viewers 13 years after the release of his last film (unless we’re counting the Kubrick written/Spielberg directed A.I.). Culturally known as a button pusher who relentlessly broke social taboos in his films A Clockwork Orange, Full Metal Jacket, and Eyes Wide Shut, and as a brilliant technician when it came to crafting more genre based fare like The Shining, Spartacus, and the satirical Dr. Strangelove, the allure of Kubrick’s seemingly dual personalities still escapes many people. Myself included.

In the interest of full disclosure and because I really in no way consider myself to be a student of many of his films aside from ones I was sometimes forced to watch kicking and screaming while in school, I have to say that I just don’t “get” Kubrick as a filmmaker. It’s that seemingly dual existence that has always bothered me since his more esoteric side often taints his genre efforts with pretension (although I hate that word, I’m at a loss to think of anything else to call it), and his more highbrow efforts often suffer from the lurid view of a B-movie filmmaker. Some people might call it visionary, but I always thought of it as thematically inconsistent and sometimes maddening.

So it’s with great pleasure that I noticed that The Grid and CinemaScope writer was once again returning to Toronto’s Jewish Community Centre for another round of classes in his increasingly popular auteur based “In Nayman’s Terms” series, starting up again on Monday, April 16th from 7pm-9pm and continuing mostly every week until June 25th. (No classes on April 23rd, or May 21st and 28th.)

In his first class, aptly titled “Why Stanley Kubrick?”, the articulate, well researched, and inquisitive Nayman begins by setting up the cultural and historical basis for the next several weeks to come, before discussing the critical and cultural impact his films have had over his decades long career behind the camera.

Nayman knows from his previous courses that the most divisive of figures often make for the best discussions, an aspect of his series that he seems to relish greatly.

“He’s an iconic director who I think a lot of people are interested in talking about — and maybe because I thought people would come to the class with strong opinions about him already.” Nayman said via email while briefly out on the west coast. “The best of the previous JCC classes were the ones where people offered up their own thoughts about strong, polarizing directors like David Cronenberg and Paul Verhoeven; my hope is that Kubrick inspires even more back and forth.”

The first class will also allow the curious viewer to take a rare in-class look at Kubrick’s very early work including the war actioner Fear and Desire (1953) and the taut 67 minute noir Killers Kiss (1955), which is one of the titles Nayman looks forward to showing to his students the most.

“I don’t think a lot of people realize how striking and distinctive it is in spite of its narrative deficiencies.”

“I can’t wait to teach Lolita, which I watched again and adored, and Eyes Wide Shut, which I think is largely misunderstood and maybe Kubrick’s best-realized comedy — a comedy once again about those twin poles of ‘fear and desire.’”

Nayman’s classes, along with a recently wrapped series by writer Kevin Courier about American politics and idealism reflected in post 1950s cinema, further establishes the JCC’s ongoing efforts to create one of the best informal film educations that can be enjoyed by current students and passing enthusiasts of all ages at prices that are roughly 1/100th of what a similar university or college course would cost.

Nayman speaks very lovingly of his informally academic home away from home.

“I love teaching at the JCC mostly because they give me so much latitude to do what I want — and because it’s kind of cool to have these very cinema-studies sort of classes in a space that’s used for very different stuff most of the time. There’s a really modest quality to the facilities and that’s not a backhanded compliment: I’m really proud we’ve been able to get so many people out to a film series that’s not held in a movie theatre of any kind.”

If they have him back and this series continues to perform well, Nayman has another set of directors in mind for a future course that would find a more than welcome home in this particular building.

“If they let me do another series, I’d maybe focus on another Jewish filmmaking force: Joel and Ethan Coen. In a way, they’re heirs to Kubrick –precise formalism and heightened grotesquerie — but so prolific that I could never go film by film. I bet a lot of people would show up for A Serious Man, though.”

Tickets are $12 for adults and $6 for students with valid ID at the door. The entire series can also be purchased in one go for the cut rate of $90. For more information and a full list of dates, classes, an films, head over to the Miles Nadal JCC Website.