Somewhere in our fair city of Toronto is a studio filled with some of the most talented illustrators in comics — and beyond. Welcome to the RAID studio. 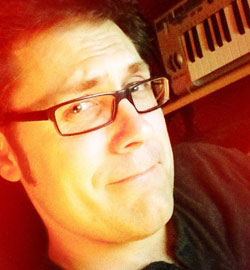 It's been a busy year for the Toronto Cartoonists Workshop. A school launched By professionals in the comic book industry with the intention of training tomorrow's artists and authors, TCW has expanded its course offerings and continues to cultivate new talent. We spoke with instructor and co-founder Ty Templeton about what's next for TCW.

It's no secret that Canadians love some home-grown talent; this includes Kill Shakespeare, a graphic novel that I described to my roommate this morning as "Shakespeare crossover fan-fiction that's actually good." On Monday, the team announced on Twitter that Astral Media have awarded Kill Shakespeare, among others, money to produce a screenplay.

Last month the Dork Shelf crew had a chance to invade Wizard World Toronto and a fun time was had by all. I got to interview some lovely people, including Andy Belanger from Kill Shakespeare, as well as as Mike Stoklasa from Red Letter Media (largely famous as the voice of Harry Plinkett the film critic).
In this dark tale, the Bard’s most famous heroes embark upon a journey to discover a long-lost soul. Hamlet, Juliet, Othello, Falstaff, and Romeo search for a reclusive wizard who may have the ability to assist them in their battle against the evil forces led by the villains Richard III, Lady Macbeth and Iago. That […]