Join us for week one of SCHLOCKTOBER as the boys cover some of their favourite horror movie scores. This week, Krzysztof Komeda's weird jazz score to "Rosemary's Baby"!

This week, we're on a Midnight Run with special guest Tony DeGroot -- Aaron's dad! Finally, a podcast that doesn't bring shame to the family. Much.

Shout Factory releases the under-appreciated 1988 comedy gem Midnight Run on Blu-ray today. Read our review to find out which actor gave the best interview for this special edition, and who might have phoned it in.

For two thirds of the running time, While We're Young feels like it might be Noah Baumbach’s finest outing to date. But does it stick the landing?

Boasting a script from Buck Henry and the best work Barry Levinson and Al Pacino have done in years, The Humbling might be the more rewarding (and somewhat more difficult) version of Birdman. 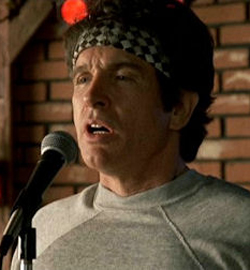