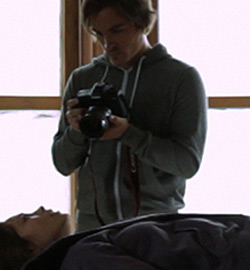 Simon is not an ordinary young man. His seemingly innocuous job, as a high-school biology teacher, is an odd a cover for his strange existence as a serial killer. The women he murders are intent on suicide; he just gives them the option of dying quickly and painlessly - by exsanguinating them, and then drinking their blood. While this might sound like the outline of a horror film, director Iwai Shunji’s remarkable film Vampire is in truth a quiet, dark, and intense drama, a strange take on the vampire myth, and an oddly compelling love story.
I’ll admit I have never been a fan of Kevin Smith. I wouldn’t necessarily call him a bad filmmaker; more that the worlds he creates and the characters that inhabit them have never held any interest for me. So when the teaser trailers appeared for Red State, I was intrigued. It neither looked nor sounded […]

Jacob Tierney’s third feature film, Good Neighbours, adds a distinctly Canadian twist on a classic Hitchcock-style thriller, envisioning a cold, claustrophobic world in which no one can be either trusted or in many ways resisted. Set in 1995 during the Quebec referendum, the film spies on three Anglophone residents of an apartment block who try to find friendship merely through proximity and language. 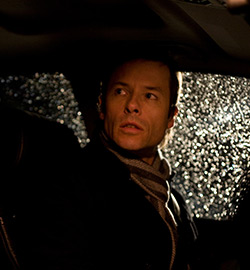 Anytime a film has Guillermo del Toro’s name attached to it, a viewer has some fairly standard and somewhat high expectations. Del Toro wrote the screenplay for and produced Don’t Be Afraid of the Dark, which has many of his signature tropes. This film is admittedly not up the standards of his previous work, but it is a better-than-average horror-fantasy film with a decent story and enough scares to keep it entertaining.