But how to throw yourself one? Should be easy, right? Find some Colin Farrell movies and watch them. But no, there’s a finer art that goes into curating the proper play order. 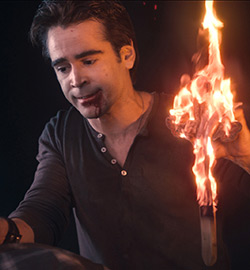 Fright Night is unquestionably the best film to come out of the recent deluge of recycled properties. This doesn’t just mean it is the best horror reboots in recent years, but it is one of the best remakes in any genre. It is the rare reboot that hits many of the same notes of the original film, while simultaneously subverting the audience’s expectations of what is going to happen. The fact that Fright Night manages to be on par with the original is a miracle in a world of shoddy remakes and cheap cash-ins.