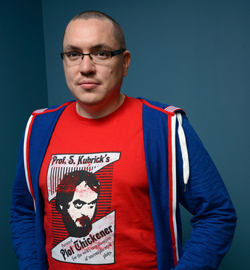 It's not perfect, but the hard nosed Haligonian thriller Charlie Zone is the perfect antidote for anyone who thinks Canadian cinema has grown too soft and safe.

We talk to Haligonian filmmaker Michael Melski about his gritty new thriller Charlie Zone, depicting the darker side of the city he loves, researching underground fighting circuits, and the visceral reaction some viewers have already had to his film.