In the low key, touching, and darkly funny microbudget indie Mourning Has Broken – produced by Jason and Brett Butler for only $1,000 – a nameless man (played by Robert Nolan) goes about his daily routine angry at the world around him, but it's the film's unpredictable nature that keeps things moving nicely. 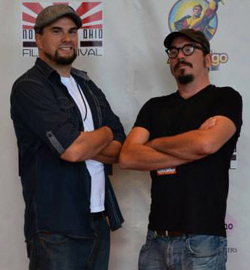