Gabby talks with Jim Guthrie, Robby Duguay, and Rich Vreeland (aka Disasterpeace) on a music-themed episode of the PlayDead podcast. 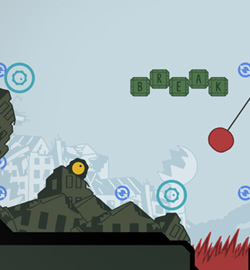 Sound Shapes and Dyad are leading an evolution of music in games. 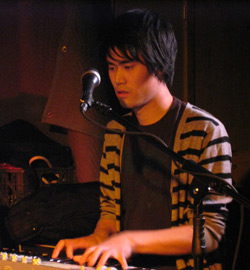 The National Parks Project documentary is about two hours long. Two things will result from this: 1) If you see it in a theatre, your ass and legs will hurt by the time it’s over; and 2) If you see it in a city, you will emerge from the film incredibly restless after seeing thirteen of this country’s prettiest places.

Once upon a time, a triumvirate of local talent assembled in an attempt to create something. That something is Superbrothers: Sword & Sworcery EP, as much an interactive art installation, music album and bit-nostalgia trip as it is an Apple iDevice game. No one was entirely sure what to expect from Sword & Sworcery, but the fact now remains that the "brave experiment" undertaken by Superbrothers, Capybara Games and Jim Guthrie is nothing short of a stunning success.

Toronto developed indie game experiment Superbrothers: Sword & Sworcery EP is an exciting convergence of Canadian talent. The iPhone/iPad game just got a new trailer and release date. Sort of. The mysterious "Audience Calibration Procedure" doesn't contain an exact release date per se, but it does stress the significance of the Vernal Equinox - the first day of Spring.

Gamercamp LV2 is a wrap! The two day conference/social/experience featured talks by local game designers, journalists and luminaries, demos of new and exciting projects being developed in the city, music, food and -bit nostalgia. This is a detailed run down of this extremely fun and enlightening weekend.