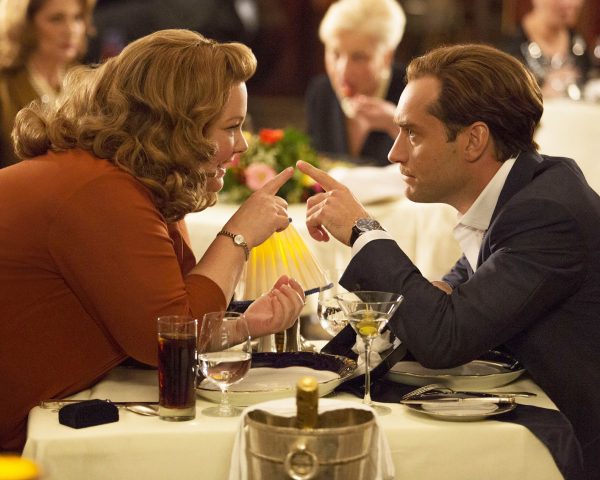 Dom Hemingway contains plenty of thoughtful comedic performances and general ideas that are engaging enough to make one forget that the film itself isn’t all that great.

Enter for a chance to win a pair of passes to an advance screening of Wes Anderson's latest film, The Grand Budapest Hotel, in Toronto (on March 13th), Vancouver (on March 12th), or Calgary (TBD, week of March 17th), courtesy of Dork Shelf and Fox Searchlight.
Don Hemingway Special Presentation Director: Richard Shepard Jude Law delivers the best performance of his career as a boorish, loutish, foul mouthed, just released from prison London area safe cracker, but the film built around him isn’t even handed enough to do his work justice. It’s a choppy and episodic look at the titular career […]
The time has come to celebrate the home video arrival of one of the best movies of the year so far. Enter for a chance to win one of five copies of Stephen Soderbergh’s SIDE EFFECTS on DVD, courtesy of Dork Shelf and eOne Films.  SIDE EFFECTS is a provocative thriller about Emily and Martin […]

If the riveting old school styled thriller Side Effects truly manages to be the last film from acclaimed director Steven Soderbergh, he picked a hell of a film to go out on. It might not be the most ostentatious film in the director’s canon, but there haven’t been many thrillers this well constructed and efficient since the world lost Alfred Hitchcock.

What makes director Joe Wright and actress Kiera Knightley's latest collaboration on Tolstoy's Anna Karenina somewhat startling is the fact that it’s an oddball self-conscious, almost Brechtian experience in audience alienation as well (apologies for getting pretentious, but it’s the kind of movie that requires that sort of talk).

While it looks great, Rise of the Guardians teams up some of your favourite childhood hits in a film that's annoying, chaotic, and terribly written. It's as if Michael Bay decided to up and make a film for the under 10 crowd.

Unremittingly bleak and down tempo, Fernando Meirelles 360 is the highbrow depressive equivalent of a modern day Garry Marshall film.