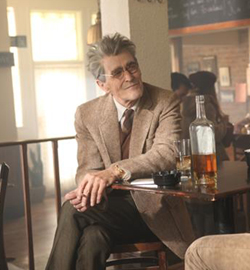 While it was inevitable that someone would make a big screen biopic about one of the world's most prominent directors, Hichcock is only a mildly entertaining and watchable film with a complete and utter disregard for the history of the man at the centre of it so the filmmakers can create drama that wasn't there originally.