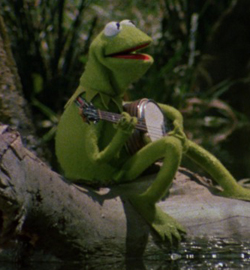 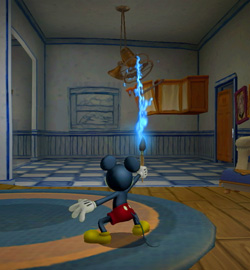 Warren Spector's passion project Epic Mickey was equal parts frustrating and charming.The 2010 cartoon platformer featured a lot of issues to muscle through, but the interesting atmosphere and the goopy paint v. thinner mechanics ensured that Spector’s time sporting a Mouseketeer cap wasn’t wasted. It also made a happy amount of money, so here’s a sequel, Epic Mickey 2: The Power of Two, that shoehorns in co-op, singing and practically nothing else.

Warren Spector’s crack at the Mickey mythos is as interesting as it is weird in his anticipated and ambitious take on the mouse, Epic Mickey. It’s a strange direction for both the cherished cartoon and the respected designer, but it’s clear that the two forces have found a comfortable middle ground for creation. Be that as it may, is Epic Mickey as successful as its starry eyes wish for?
Disney Interactive recently unveiled the intro cinematic for the upcoming Epic Mickey video game. The game is being developed by respected game designer Warren Spector (Sytem Shock, Deus Ex) and his Junction Point Studios. Epic Mickey puts the player in the role of Disney’s most famous creation: Mickey Mouse. Everyone’s favourite cartoon rodent is thrust […]