It's not high art by any stretch, but Texas Chainsaw 3D should be more than enough to please genre hounds and fans of the series. 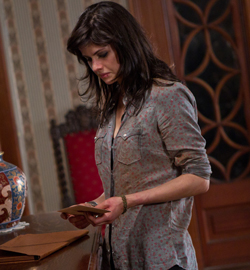 Kick off 2013 with our interview of the star of the first official 2013 film, as we talk to actress Alexandra Daddario about her role as the heroine in Texas Chainsaw 3D and we talk about the physical demands of horror, getting into character, talking with fans, and a little bit about returning to the Percy Jackson franchise later this summer!