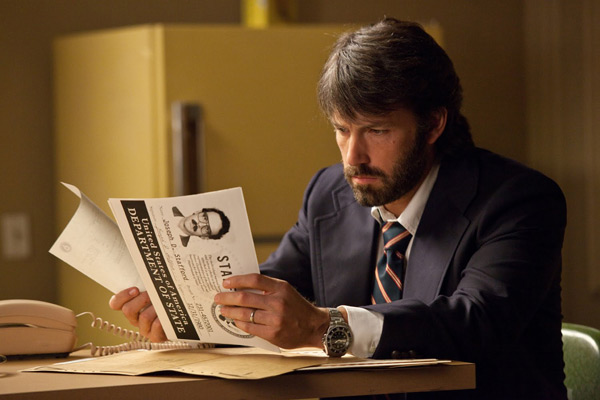 It’s that time of year again! It’s time to celebrate the choices of a select group of some 6,000 or so people that vote on the best in film every year. The 85th annual Academy Awards (taking place this Sunday night starting around 7pm EST with the always lavish and catty red carpet ceremony and lasting until whenever the last award winner is played off the stage by the band) started off being another year where the winners started off being impossible to predict, but in the past few weeks, a select group of frontrunners have emerged to make it seem like this year’s proceedings will be as anti-climactic as… well, any other year the Oscars take place.

Yet, we still yearn and hope that there will always be some sort of secret upset that no one sees coming, and this year does offer a few scenarios where voting seems closer than it would be at first glance. Now, I’m no better at predicting what will win Oscar gold more than any of you are, so don’t take this as any sort of insider line for your office betting pool (which if you’re still entering it on a Saturday or Sunday afternoon should be proof that you work too much or you take this way too seriously). I’m just a guy who watches movies for a living and about as far away from an actual member of the voting body as you could possibly get. Heck, I picked The Master as my best film of last year, so what do I know?

Also, if you want to follow along with me and some fellow film writers during the ceremony tomorrow night, be sure to check out the CBC Community live chat where I will be talking about all things gold, glittery, awesome, and “not really all that great.” The show kicks off at seven and for a full list of really awesome panellists (I’m seriously honoured to be a part of such a stacked line-up) and for details on how you can join in, head on over to CBC. You can also follow me on Twitter all night for more random shenanigans.

I have to be honest when I say that I like current front-runner ARGO just fine as a movie, but it wasn’t even the best film I saw on the day I watched it. Granted, it was during TIFF where a bunch of fine movies played, but after trying to watch it at home again this past week, it didn’t hold up nearly as well. It’s still undeniable that it’s record setting award season run is something to behold, but that lack of a nomination for director Ben Affleck still sticks out like a sore thumb.

The closest competition in the category should come from Spielberg’s LINCOLN (which many once assumed was a certified lock to win until the beginning of January) and David O. Russell’s SILVER LININGS PLAYBOOK, which is exactly the kind of light ballance of comedy and drama that the Academy can generally get behind.

LES MISERABLES, ZERO DARK THIRTY, and LIFE OF PI all have watched their critical acclaim become muddled or disappear completely. BEASTS OF THE SOUTHERN WILD seems to have made it in under the “we have to have one film that played Sundance” provision more than it actually being a good movie. DJANGO UNCHAINED probably just proves to be too much for the blue-hairs in the Academy, and AMOUR will find its chances at gold far better in other categories.

Steven Spielberg should win this one pretty easily as his consolation prize thanks to Affleck’s exclusion. Michael Haneke, of all people, seems like the next in line to succeed thanks to a stronger overall body of work than his competetors. Ang Lee and Benh Zeitlin both made films far too whimsical and playful for the more stoic members of the Academy to take them seriously. As for David O. Russell, he could put forth a good fight if Silver Linings Playbook cleans up in other categories, but he’s still not one of the most well liked people in Hollywood and he’s rubbed far too many people the wrong way.

I’m really glad to see the inclusion of Bradley Cooper and Hugh Jackman in this year’s nominees, since I thought their work in Silver Linings Playbook and Les Miserables, respectively, was really strong and in danger of going unnoticed. They really don’t have much of a chance to win, but I’m still happy someone said something. Daniel Day Lewis as Abraham Lincoln is a damned near impossible mountain to climb over, with most of his competition coming from Joaquin “award shows are bullshit” Phoenix (who was really excellent and unsettling in the woefully underrepresented The Master) and Denzel Washington, who definitely has Academy support and good will, but who starred in an uneven movie (Flight).

This one is interesting, if only because it looks like a vote split will result in this year’s actual winner. Jennifer Lawrence (in Sliver Linings Playbook) and Jessica Chastain (in Zero Dark Thirty) both played brash, young, hardheaded types that have gotten almost identical amounts of critical and award season acclaim, and they might end up cancelling each other out. Also, they are young and the Academy is notoriously old. Look for Amour‘s Emmanuelle Riva (who celebrates her 87th birthday on Sunday) to ride a recent wave of good will to the podium over the young whippersnappers. Naomi Watts shouldn’t be counted out for her painful looking performance in The Impossible, but it was a film that’s seen little love outside of her notices. As for young Quvenzhane Wallis, she’s fine, but there’s almost no chance of her winning at her age and up against these heavy hitters, and again, Beasts of the Southern Wild in almost any category feels like a backhanded, token nomination. She brings the requisite cuteness the red carpet needs and the public interest, but that’s about it.

It’s tough to call, but I’d give the slightest edge here to Christoph Waltz‘s bounty hunting dentist in Django Unchained. He has a better working relationship with writer and director Quentin Tarantino than any other actor ever has, and he acts as the true heart and soul of a down and dirty exploitation styled epic. Alan Arkin comes chomping at Waltz’s heels as exactly the kind of producer who votes for the Academy and he could ride the Argo resurgence to victory. Tommy Lee Jones also shows promise for his abolishionist politico in Lincoln, and Philip Seymour Hoffman is the best chance The Master has at picking up an award. Oddly enough, the least likely to win seems to be Robert DeNiro as Silver Lining’s Playbook’s unhinged father. He was great, but the performance in no way erases the past lacklustre decade of his career. This was a really stacked category and easily the best of the night. There really aren’t any losers here.

Anne Hathaway had this one pretty much locked up before Les Miserables was even released. For her to lose would take a miracle since this might be the weakest category of the night. Hathaway’s closest competition comes in the form of Silver Linings Playbook‘s Jacki Weaver, who adds a considerable amount of depth and weight to her frustrated maternal type. Sally Field (for Lincoln) and Amy Adams (for The Master) are fine, but they really blend into the background of their films without adding a heck of a lot. As for Helen Hunt, she gets nude a lot in The Sessions, and she’s fine, but the film really deserved a nod for always underrated leading man John Hawkes more than for her embittered sex surrogate.

It looks to come down to a question of whether the Academy wants to support a realistic version of a nasty subject in the case of Zero Dark Thirty or an unrealistic portrayal of a nasty subject with Django Unchained. Both are extremely writerly films, but once again Amour could sneak in in the case of a vote spilt. The script for Flight is way too uneven despite it picking up a small handful of awards, and although I adore Moonrise Kingdom, the lack of any other nomination for the film really kills its chances.

Ask any self-proclaimed Oscar pundit and they will tell you that outside of the editing category being the best indicator of a Best Picture winner, that this is the category to keep an eye on. If the screenplay for Lincoln bests the one for Argo, Spielberg’s film is back in the game with a vengeance. If it’s the other way around, it looks like Argo will prevail overall. Beasts of the Southern Wild and Life of Pi are films with definite pedigrees coming in, but they can’t compete with the front-runners. And Silver Linings Playbook has a fine script, but looks to bring up the rear. Unless, of course, it wins, then it might be the indicator that the Academy swung towards Silver Linings after all.

The rest, in brief:

Animated Film: Wreck-It Ralph looks to ride some recent wins to a narrow victory over Burton’s Frankenweenie. ParaNorman and Pirates! Band of Misfits are just overpowered and Brave is kind of slight by Pixar standards.

Foreign Film: Amour will win. There is no discussion here.

Cinematography: Look for Roger Deakins to win his first ever Oscar for his work on Skyfall, but for a great challenge to come from Life of Pi‘s 3-D wonders.

Editing: Probably Argo since the film to win this category predicts the Best Picture winner 88% of the time. But Lincoln and Zero Dark Thirty are more tightly constructed films.

Production Design: It’s Les Miserables vs. The Hobbit for the most part, but Life of Pi and Anna Karenina certainly have their moments.

Costumes: Lincoln and Les Miserables were good, but Anna Karenina and Mirror Mirror have the duds that pop the most and either of those should take this one.

Make-Up and Hairstyling: The Hobbit, probably. Hitchcock was okay, but not always convincing, and Les Miserables was known for things far better than making Anne Hathaway look as sickly as possible.

Score: Life of Pi has an undeniably beautiful soundtrack which should make it sail to victory here, with Skyfall and Argo following close behind. One of the biggest complaints about Lincoln was John William’s bombastic score, which could work against it, and Anna Karenina was more of a visual feast than an auditory one.

Original Song: Skyfall. Adele. No question. Let’s just hope Oscar host Seth McFarlane doesn’t win for Ted or we will never hear the end of it as long as we live.

Visual Effects: Life of Pi or The Hobbit for taking 3-D to admittedly new heights.

Best Documentary: Searching for Sugar Man in a close/nostalgic vote over the far weightier The Invisible War and 5 Broken Cameras.