Home invasions gone wrong can be a particularly interesting premise for a film. You never know who people truly are until you try to take their stuff while on their own turf. Recent botched break ins like Don’t Breathe and Villains are good examples of the terror or hilarity that ensue after damn kids enter the wrong house. The Owners seems to think of itself as a similar cautionary tale, but many truly baffling choices leave the film flat and feeling lazy.

It starts with a trio of English townie hooligans waiting in a car while staking out a country manor. Terry’s (Andrew Ellis) mum cleans this house and he knows for a fact that there is a safe in there filled with cash. Why anyone would trust Terry is beyond me, but Nathan and Gaz (Ian Kenny and Jake Curran) agree to go along for the job in hopes of striking it big. The only wrinkle, at first, is that they borrowed Nathan’s girlfriend, Mary’s (Maisie Williams), car and she needs it to go to work. When the old couple who own the house leave, the boys make their move and Mary agrees to wait for them in the car. 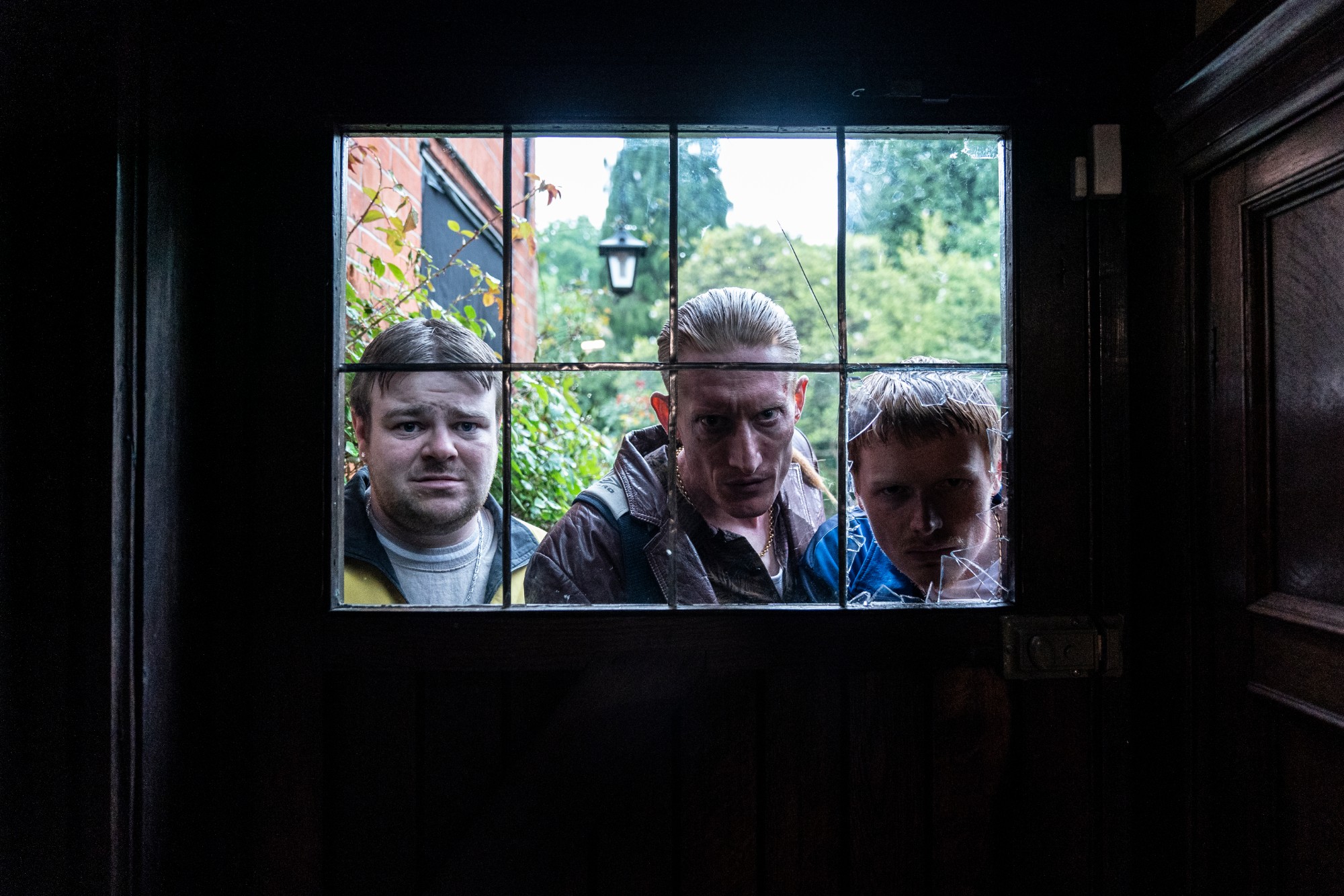 If that last bit caught your eye because it does not sound like something even a casually reasonable person would do, you are just experiencing the first confounding decision in The Owners. As the film goes on it is filled with inconsistent characters, unfathomable decisions, and nearly complete dearth of character development. Why would Mary wait in the car for her boyfriend while he robs a house? Why wouldn’t she just get on her bike, which she rode to the house, and ride on to work? This is not included as evidence of a weak will, or inability to say no to Nathan, rather it appears to just be a way to get her to the house and staying there, but it completely defies logic.

As The Owners continues, there are plenty of odd bits and bobs included that just serve to arrange the characters like chess pieces, only with far less strategy or intention. Inevitably the couple returns, and Richard and Ellen (Sylvester McCoy and Rita Tushingham) must deal with the violent thugs in their house who demand that they open a safe which they have zero intention of opening. Throughout the film we have random plops of plot sprinkled here and there that only arise when they are needed, just to be dropped as quickly as they appeared. We even find out that Mary is pregnant, though it only seems to be in here to try to convince us that her life is worth saving. Were she not acting as an incubator, it appears she would be utterly disposable.

This is not to say that The Owners feels like it was made in bad faith, but it does feel like a rushed assembly of scenes without any character development or even consistent motivation to glue it all together. It is hard to invest in a film that cannot be followed or bother to care about nurturing a relationship with the audience. The more distracting elements that could have pulled us through this, like gore or world building, are not heightened nearly enough to make it all worth it.

The Owners makes enough bad choices to make us regret ever breaking into that house, but not in the way it hopes.