The last weekend of TIFF 2011 is upon us. For many, the festival ended when the celebrity circus packed up and left town, but that doesn’t mean that there aren’t plenty of great films playing between now and Sunday. Here is a list of  ten films (in no particular order) that might have escaped you during the festival proper that are getting encore screenings this weekend – eight of which I have seen, one that I have only seen parts of, and one that I feel the need to mention despite not yet having the opportunity to see it.

I will happily shout from the heavens to anyone that’s listening that Like Crazy is one of my favourite films of all time. This story of two university graduates (Anton Yelchin and Felicity Jones) trying their hardest to make a long distance relationship work is one of the most emotionally affecting films I have ever had the pleasure of watching. Working with entirely improvised dialog created by the cast and filmed with a Canon still camera, Drake Doremus has captured a raw look at first love tainted by somewhat irrational expectations and the pitfalls of youthful exuberance. A deeply relatable film for anyone who has ever loved, Like Crazy avoids romantic movie clichés by refusing to be twee or melodramatic. Real love has never looked this beautiful or this bittersweet.

Don’t let the name of the director turn you off from this film, as Melancholia is arguably von Trier’s most subdued and interesting film in years. Largely focusing on the nature of depression, the film follows sisters Justine (Kirsten Dunst) and Claire (Charlotte Gainsbourg) as they clash over the former’s sad demeanour with the impending end of the world as a backdrop. For once the female characters in a von Trier film are not put through any on screen tortures as all of their problems are internalized. For years von Trier has stated not only that he suffers from crippling depression, but that his female characters are deeply personal reflections. This is his only film where those statements seem to gel together. It’s as depressing as the title suggests, but still a powerful piece of filmmaking.

In what has become the ultimate “love it or hate it” film of this year’s festival, Val Kilmer portrays a “bargain basement Stephen King” in desperate need of money who agrees to co-write a true crime/fantasy/horror novel with a small town sheriff (Bruce Dern). Francis Ford Coppola has created a deeply personal film within a very playful framework that feels a bit like a “choose your own adventure” story. Detractors seem to be missing the point of the film entirely in that Coppola is actively trying to capture the Saturday matinee spirit of watching one of King’s lesser film adaptations while inserting himself into the story (as played by Kilmer in a beautifully daffy performance) as a pill popping drunken wreck looking to the past for inspiration and absolution. There is a lot more to this film than meets the eye. It is the rare case of a bit of pure entertainment that requires a bit of heavy lifting to truly be appreciated. 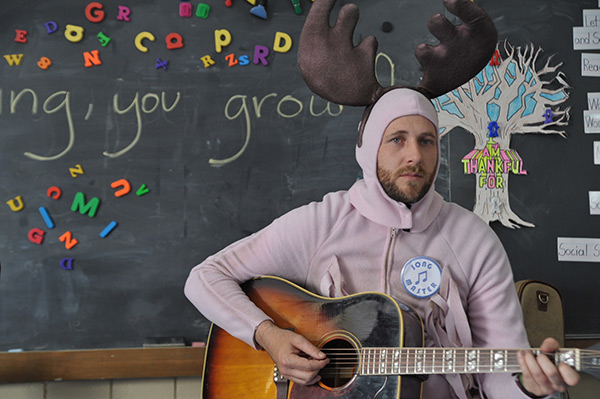 Speaking of artists who find themselves in creative ruts, this charmer from first time director O’Nan would make for a pretty decent double bill with Coppola’s film. O’Nan stars as a musician who feels creatively and professionally unfulfilled that goes on a tour with a random egotist who sees himself as a revolutionary (Michael Weston). Much like TIFF 2011 entries Twixt and Doppelganger Paul, existentialism and malaise have rarely been this much fun or this funny. With appearances by everyone from Melissa Leo to 80s icon Andrew McCarthy, Brothers has charm to spare and a “can do” spirit that follows through on the title’s suggestion.

Jeff, Who Lives at Home, Dir. Mark and Jay Duplass 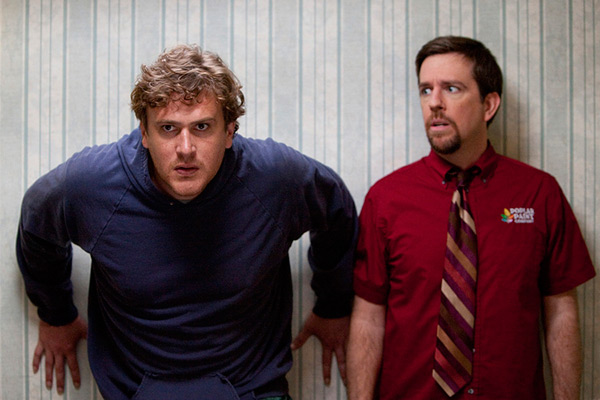 Following their previous films The Puffy Chair, Baghead, and Cyrus, mumblecore icons the Duplass brothers return with their most ambitious project yet. Well, ambitious might be the wrong word to describe the titular character (Jason Segel), a lazy stoner who embarks on a whirlwind adventure (for him, anyways) after very simply being asked to go pick up some wood glue. A look at destiny with some of the funniest M. Night Shymalan references ever committed to film, the Duplass brothers have created another winner (albeit one that suffers from the obvious influence of producer Jason Reitman) chock-full or great performances from Segel, Ed Helms (as Jeff’s somewhat douchy brother), and Judy Greer (as the brother’s wife).

The Story of Film: An Odyssey, dir. Mark Cousins

This would be the one I have yet to see all of simply because its total running time is 15 hours. Screened in three hour segments over the past week and screening on the final weekend of the festival in two vastly longer chunks, director Mark Cousins adapts his thoroughly fascinating book into a miniseries chronicling the history of film from the birth of the medium up through the present and into the future. It might sound like a butt numbing proposition, but with all screenings of the film coming free of charge it’s hard to argue that Cousins’ film might be the cheapest film studies course one could ever get. 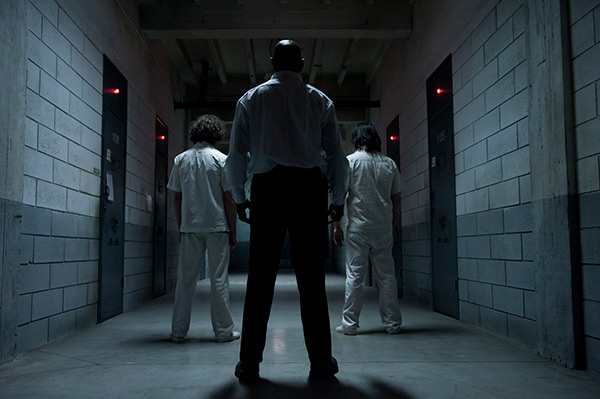 It seems almost fitting that (if we discount the sprawling and epic Dreileben) since the film that technically kicked off TIFF 2011 was director Werner Herzog’s death row documentary Into the Abyss that the final film to screen in the festival deals with a different kind of deadly institution altogether. This effective chiller from music video director Courtes about a group of band members working together to escape their day jobs as cooks in an insane asylum doesn’t reinvent the wheel, but it still manages to be far more fun than it has any right to be. Kudos to Courtes for taking the time to actually build up the tension before cutting the lights out and letting the inmates run amok, and for also taking a fairly predictable conclusion in a new and exciting direction. It’s not technically a midnight madness screening, but it is a great time to catch it if you missed it on Monday night and need one final fix of festival horror before next year.

In what might be the most devilishly dark comedy of TIFF 2011, famed director Friedkin turns once again to Bug scribe Tracey Letts for a tale of a hit gone terribly wrong. A bumbling father and son (Emile Hirsch and Thomas Haden Church) turn to a police detective moonlighting as a hitman (Matthew McConaughey) to kill their mother/ex-wife to collect on a large insurance policy. Having no money to offer, they offer up their sister/daughter (Juno Temple) as collateral. Things go terribly wrong but in some of the most delightfully bizarre ways. McConaughey is perfectly cast against type as the creepy, but undeniably funny title character, while Hirsch, Church, Temple, and Gina Gershon (as Church’s new partner) all get some wonderful moments of their own. It might not be for the squeamish, but for those strong enough, its quite the ride. 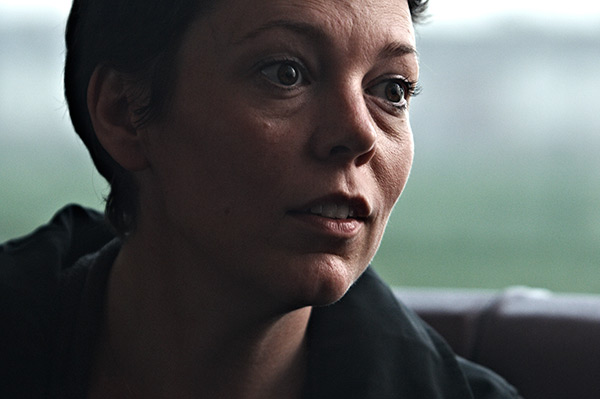 Also, not for those with weak constitutions is British actor Considine’s directorial debut about an aggressively antisocial alcoholic named Joseph (Peter Mullan). Joseph forms an unlikely relationship with a thrift store owner (Olivia Coleman), who just might be married to someone just as thoroughly off putting as Joseph is. Considine has created a film that almost personifies misery in every respect, but it’s hard to argue that he isn’t doing it in an unemotional way. The litany of awful behaviour isn’t justified even within the world of the characters, but Mullan and Coleman fully place themselves with this horrible world that they find themselves ensconced in. It certainly isn’t pleasant to watch in any way, but that doesn’t detract from the power of the film either.

This is the one film that I haven’t seen yet that I am most looking forward to since so many colleagues (including some who are very tough to please) have had nothing but great things to say about this year’s closing Midnight Madness film. All I know about the film is that it is about a hitman coming off a botched assassination who is asked to come back into the fray for a job with supernatural implications. Or something like that. The buzz on this film is positively deafening at the moment, and I would be remiss if I didn’t mention it on this list. It seemingly stands to prove that some of the best parts of TIFF 2011 are yet to come.