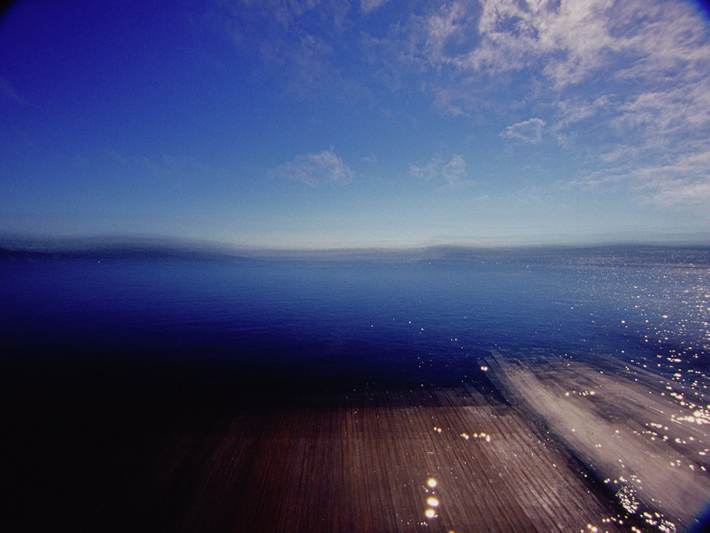 In Brouillard- Passage 14, experimental filmmaker Alexandre Larose guides us on a path through a forest glade that finishes at a lakeside dock. The surrounding images float freely in the shot, while the viewer’s focal point tracks steadily down the garden path, giving the piece a hazy, dreamlike quality. The colours are brilliant, and at times it felt like one was entering a Georges Seurat painting. Evoking childhood, dreams and memories of lazy summers spent dockside, Brouillard is a beautiful piece of experimental filmmaking. 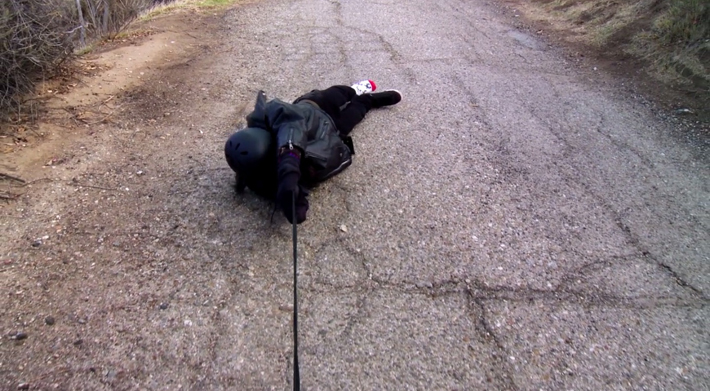 Josh Solondz presents Against Landscape, a single-take of an individual dressed in leather being dragged by a rope down a gravelly road. Halfway through, the person tires, gives up and is left to languish in the road. There is a menacing quality to the work, but the technique seems too simplistic and its’ message too oblique to have any great artistic impact. 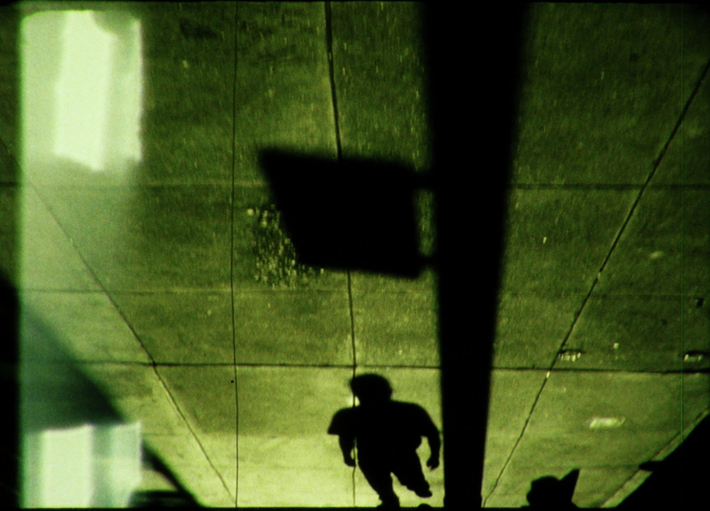 Finally, filmmaker Mary Helena Clark’s explores depression in her newest project The Dragon is the Frame. Clark mixes musings on fashion and visceral images of textures to provoke the viewer. Houndstooth, sequins and rope are turned into dark and menacing things. She channels Hitchcock’s Vertigo and the work of recently deceased queer artist Mark Aguhar to bring forth the references to depression and suicide. It is a fascinating visual investigation, one which I crave seeing again.

Open Forms also features five other works that were unavailable to screen at press time: Open Form- Game on an Actress’s Face, and Open Form- Street and Tribune in Front of Pkin, both by the KwieKulik Group, Poetry for Sale by Friedl vom Groeller, Sous un Ciel Changeant by Jean-Claude Rousseau and Panchromes I, II, III by T. Marie. (Cameron Bryant)