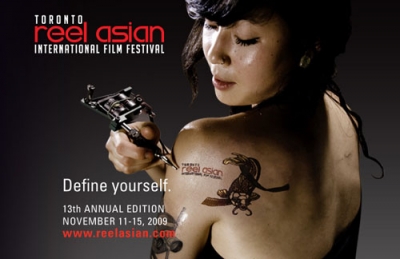 The Toronto Reel Asian Film Festival starts tonight and runs from November 11th to the 15th.  Showcasing the best in contemporary Asian cinema, Reel Asian is in its 13th year.  The festival has a really awesome lineup of films this year, if you’re looking for a different kind of film experience this week I urge you to check out Reel Asian.

The festival opens tonight with Overheard; the new film from Alan Mak & Felix Chong, creators of the Infernal Affairs trilogy.  Another highlight is sure to be the South Korean film Breathless, which recently won the Best Feature Film jury prize at Montreal’s Fantasia Film Fest.  Also make sure you’re there to see the return of kung fu to The Royal Cinema; Colin Geddes is co-presenting the very first Canadian screening of the 1929 martial arts film Red Heroine; super rare stuff.  If you’ve never seen a silent era martial arts film (who the hell has?!), don’t miss your opportunity to see this presentation featuring a live musical accompaniment.  They even got artist Kagan McLeod of Infinite Kung Fu fame to create a very cool poster for the film.

There is so much other great stuff playing at the fest, so be sure to check out the full schedule on the Official Toronto Reel Asian Film Festival site.